Here is a land of legend and ancestral myths. A place full of history and civilizational mysteries. From Ramses II to Moses, from Cleopatra to Alexander the Great, graze the land of the great builders of the pyramids, one of the 7 wonders of the world and travel the time through their corridors and hieroglyphs. A classic for any traveler, welcome to Egypt.

** TIPS **
Think always about negotiating the prices of your purchases. Usually the traders sell to the head and we can very often buy a souvenir for half the advertised price. Also by taxi, make sure that the meter is lit before your race or at least try to negotiate the price before departure or try to haggle with another cab.

Cairo (4 days): Giza Pyramids & the Sphynx - Saqqara & Dahsur Pyramids - Egyptian Museum - Citadel of Salah al-Din.
Of course, once you arrive in Cairo, the first thing you want to do at all costs is to marvel at the Sphynx and the pyramids of Giza ! Penetrate them or climb on them and take as many pictures as possible. For this, there are private drivers that your hotels can recommend to you for a day. It will then take you a little further to visit the pyramid of Saqqara (in ruins but which was a test prior to Ghizeh), the museum Imhotep and the ruins of ancient palaces and the pyramid of Dahsur in which we can enter inside. Enjoy your walk in the city to visit the incredible Egyptian museum extremely rich (obviously !) in archaeological discovery. Statues of Ramses II, Akenathon, Tutankamon, tombs, mummies and the Roseta stone, which allowed Shampillion to decipher the Egyptian hieroglyphs through Greek and demotic Egyptian translations. The citadel of Salah al-Din, located at the top of the city, will put your mind in the face of the bustle of Cairo and offer you a superb panoramic view of the city. 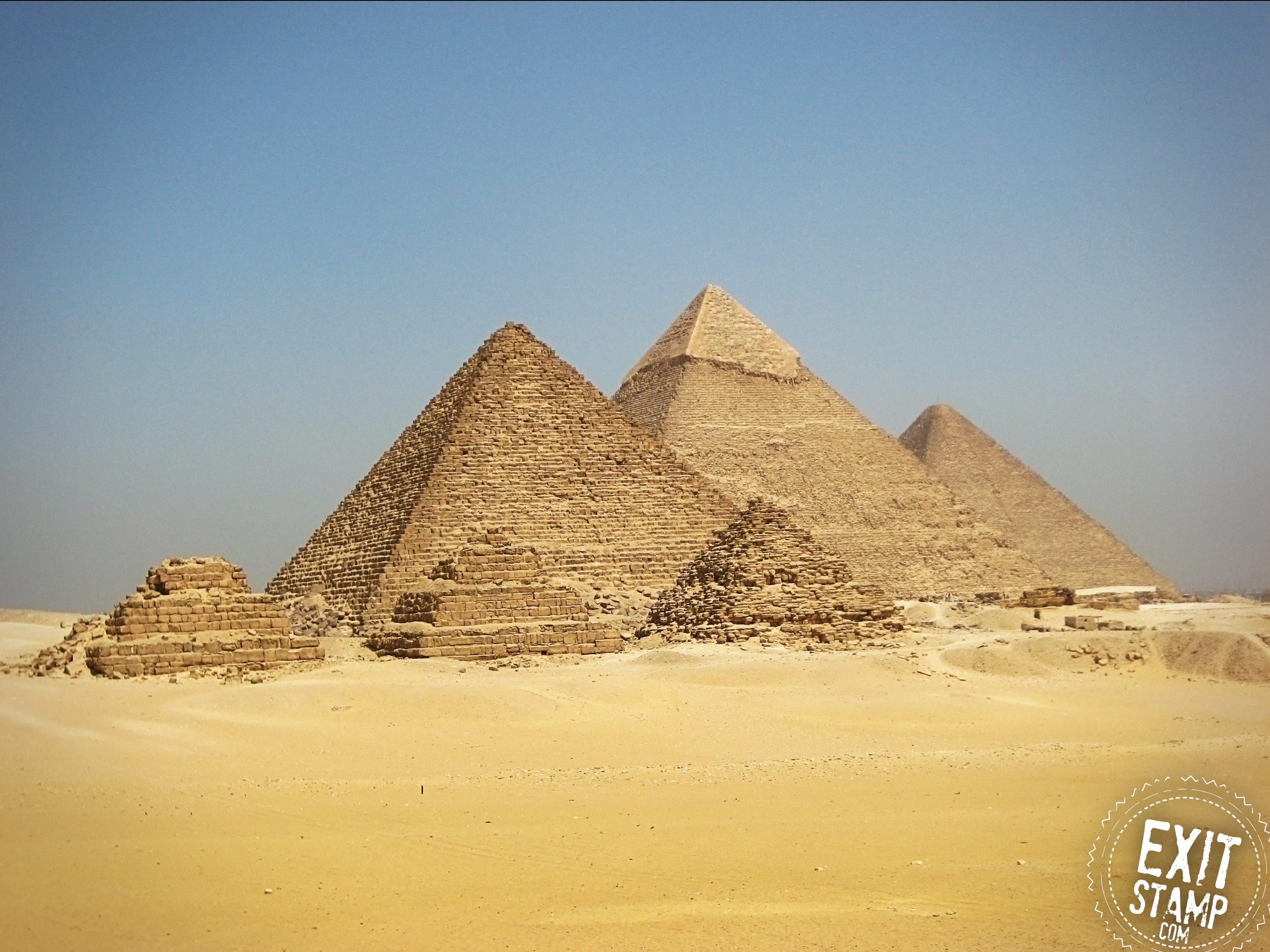 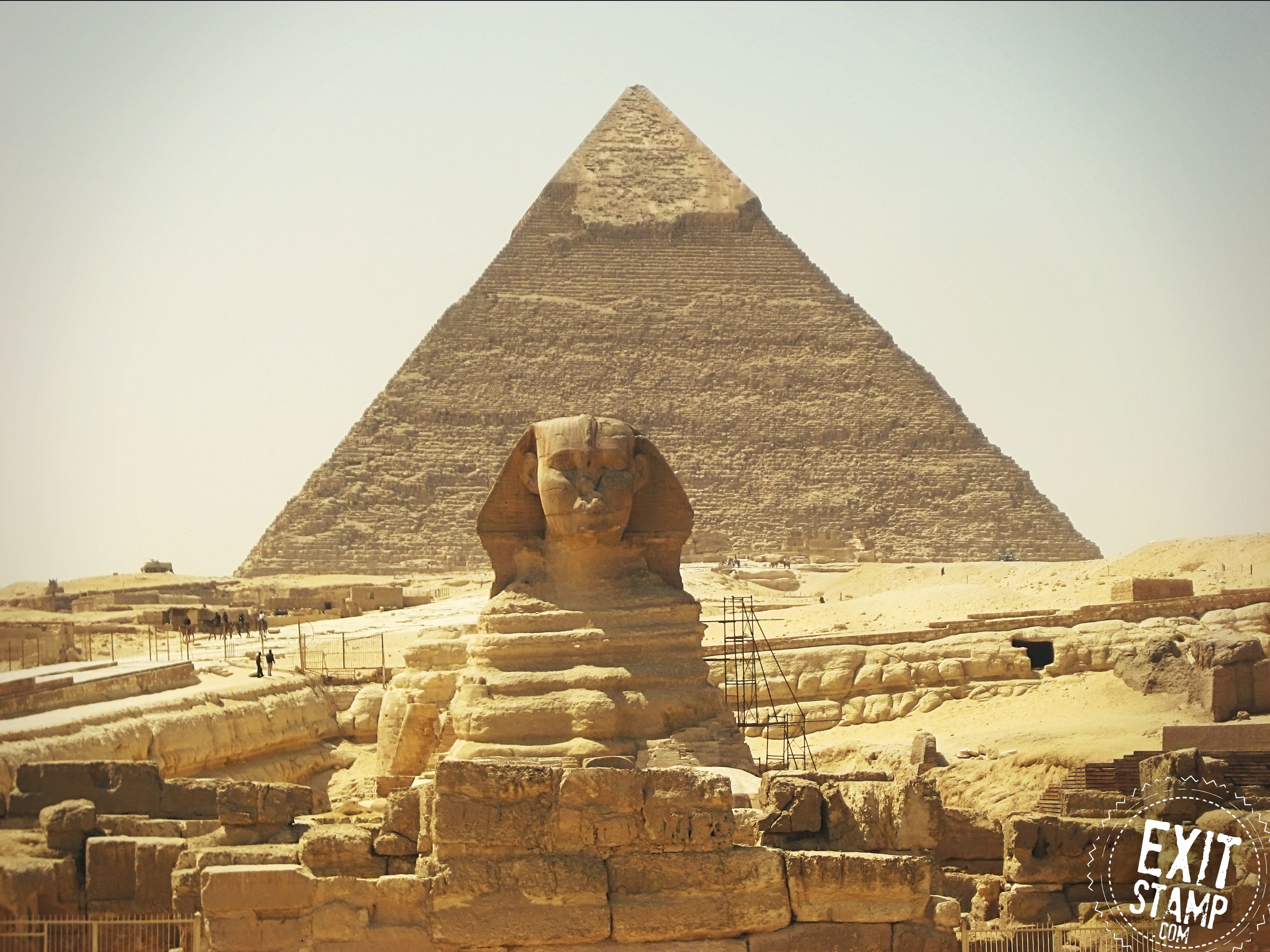 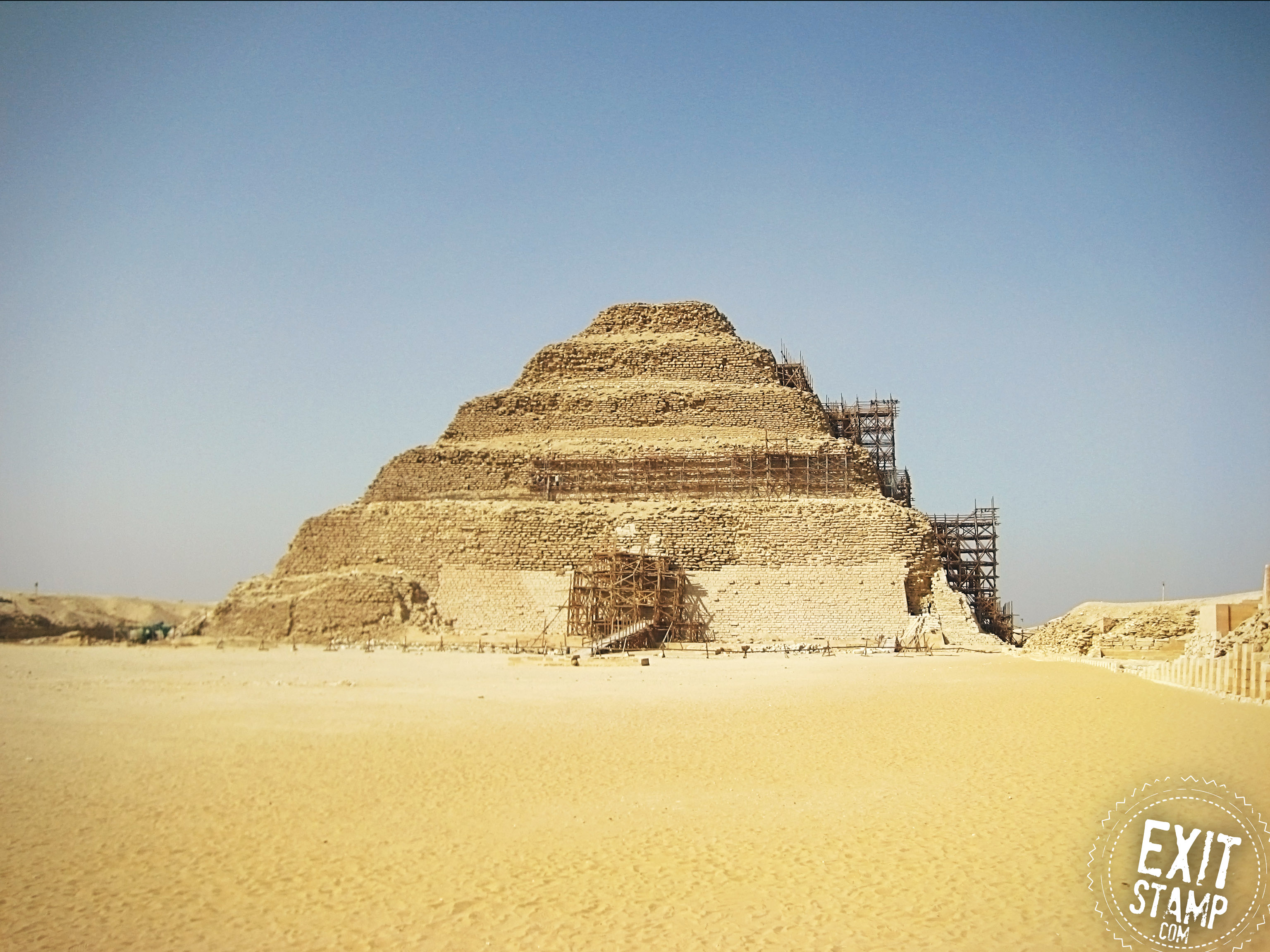 Alexandria (2 days): Fort Qaitbey - Montaza Palace & Garden - Bibliotheca Alexandrina - Stanley Bridge - Greco-Roman Museum.
Alexandria is also a historical landmark of the country, many of which are still there to testify as the Fort Qaitbey which was built in the 15th century on the site of the old lighthouse of Alexandria or the palace Montaza and its garden in which it is good to retire. Of course the Alexandrina library is not the equal of its ancestor but it remains in its new architecture a memorable place that can be visited with a guide. The Greco-Roman museum is the largest dedicated to Greco-Roman archeology, to see for history buffs ! For a late afternoon and sunset, stroll along the Stanley Bridge to relax and enjoy the view and the sound of the waves. 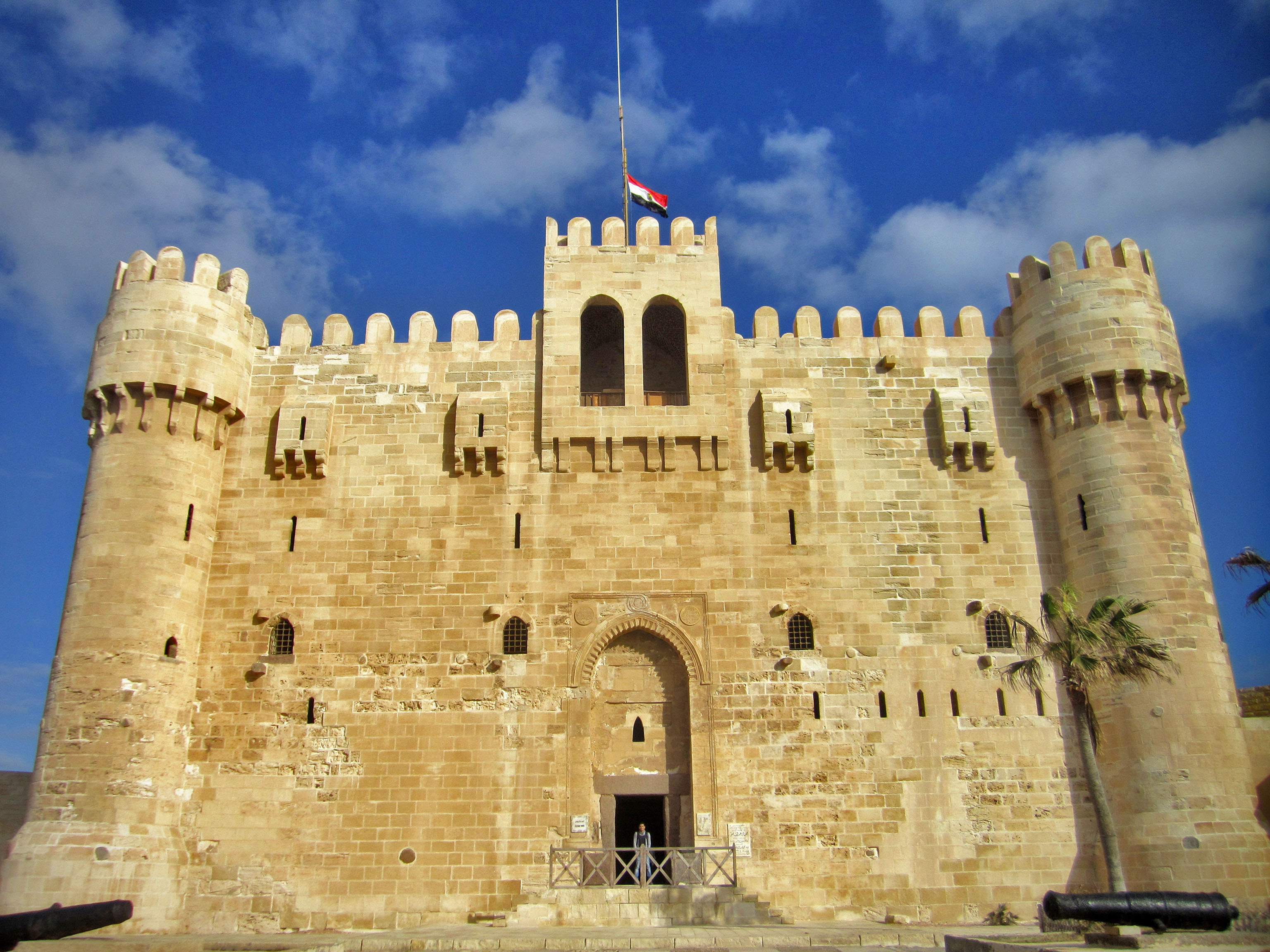 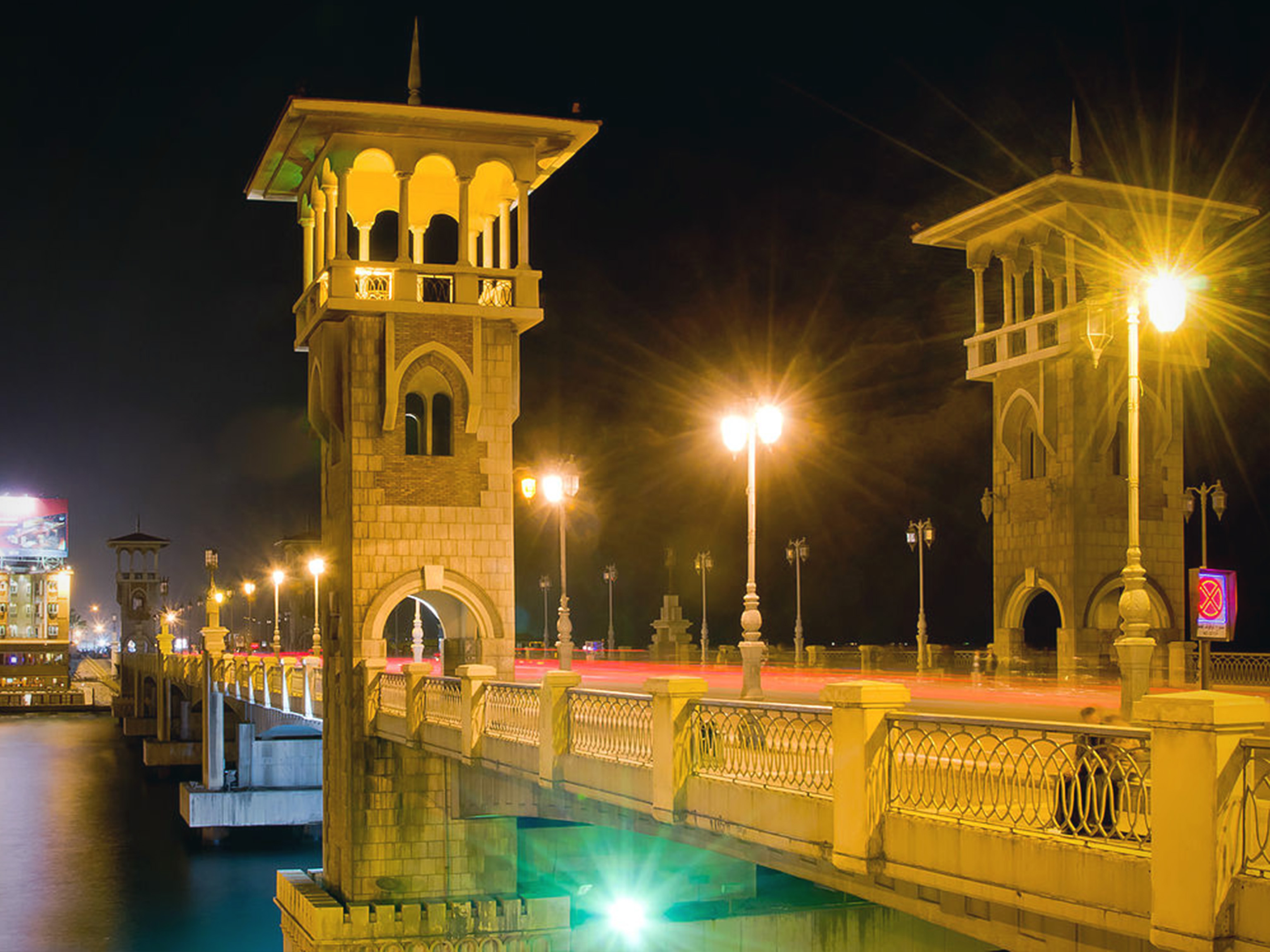 Luxor (3 days): Luxor Temple - Luxor Museum - Karnak Temple - The Valley of the Kings - The Valley of the Queens - Al-Deir Al-Bahari Temple.
Luxor, formerly called Thebes, was the capital of kings and its ruins are a strong testimony. First with the Luxor Temple which runs along a large part of the city and the Karnak Temple further north. On the other side of the Nile, more eccentric, is the Valley of the Kings and the Valley of the Queens where were discovered hundreds of tombs, invigorating colors incredibly preserved, carved and painted by hand. Finally, do not miss the Al-Deir Al-Bahari Temple which is also imposing by its construction of its high pillars and statues carved into the rock. Very informative guided tours will be offered by your hotel, so do not hesitate to take your place. 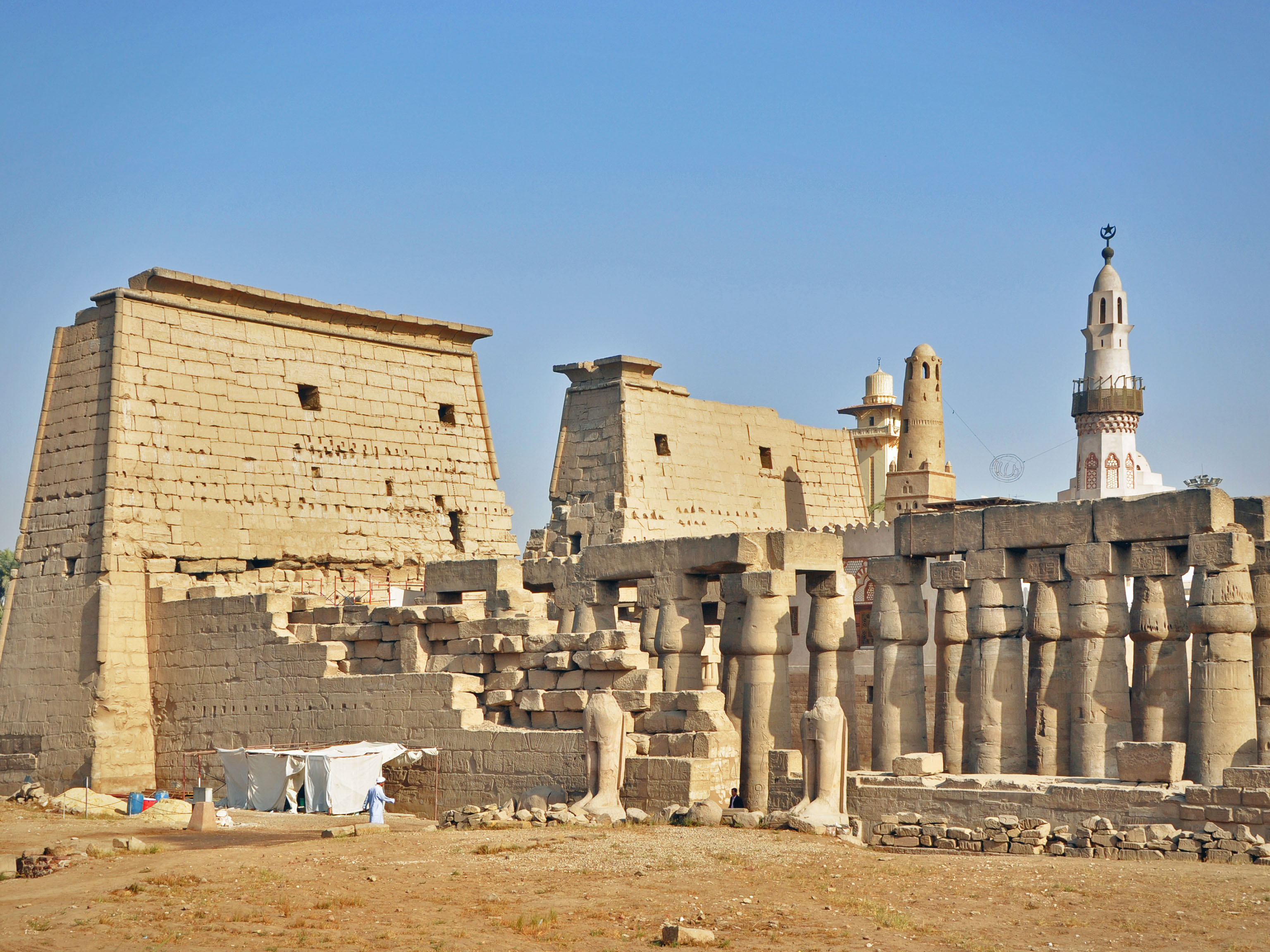 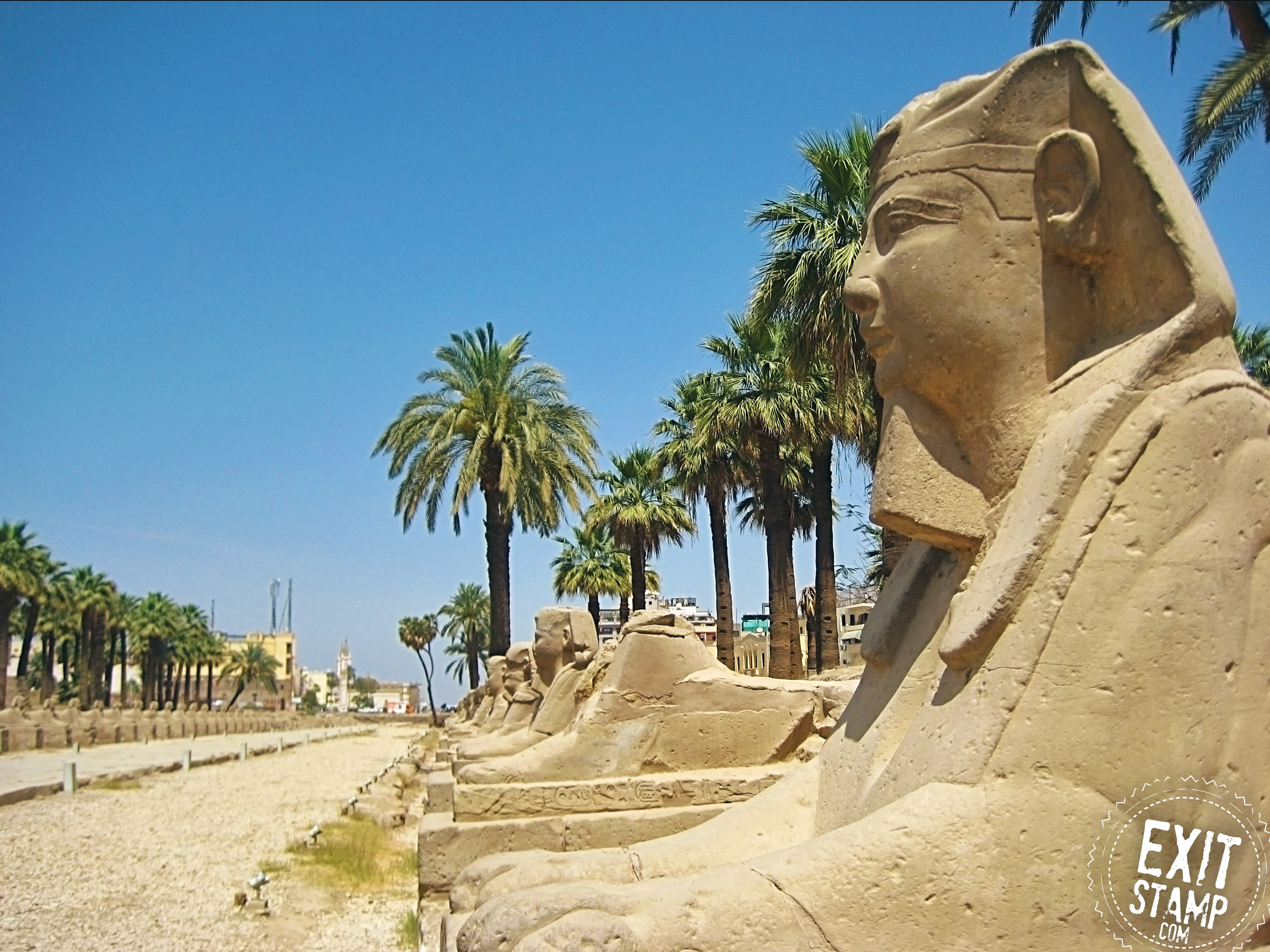 Aswan & Abu Simbel (3 days): Philae Temple - The Unfinished Obelisk - Nubia Musuem - Abu Simbel.
Aswan is the southernmost city in the country. You can visit the Philae Temple located 8 km from the city on the island of Agilika at 500m from its place of origin. In fact, the temple was dismantled and moved because of the high dam that threatened it. Another tour of the city, the site of the unfinished obelisk which allows to discover the way egyptians worked their creations as well as the museum of Nubia which exposes more than 3000 objects offering a complete panorama of the different epochs of this region : Prehistoric, Pharaonic, Greco-Roman, Coptic and Islamic. Tours are organized from Aswan to Abu Simbel and you can’t miss it. This city near the Sudanese border is difficult to access and militarily monitored so there is no way to go by yourself. The Abu Simbel Temples were also moved from their places of origin after the creation of the Aswan High Dam in the 1960s, giving birth to the notion of "world heritage". These are temples cut in the rock, built under Ramses II to commemorate his victory of the Battle of Qadesh. A MUST DO. ABSOLUTELY, for its setting and its history. 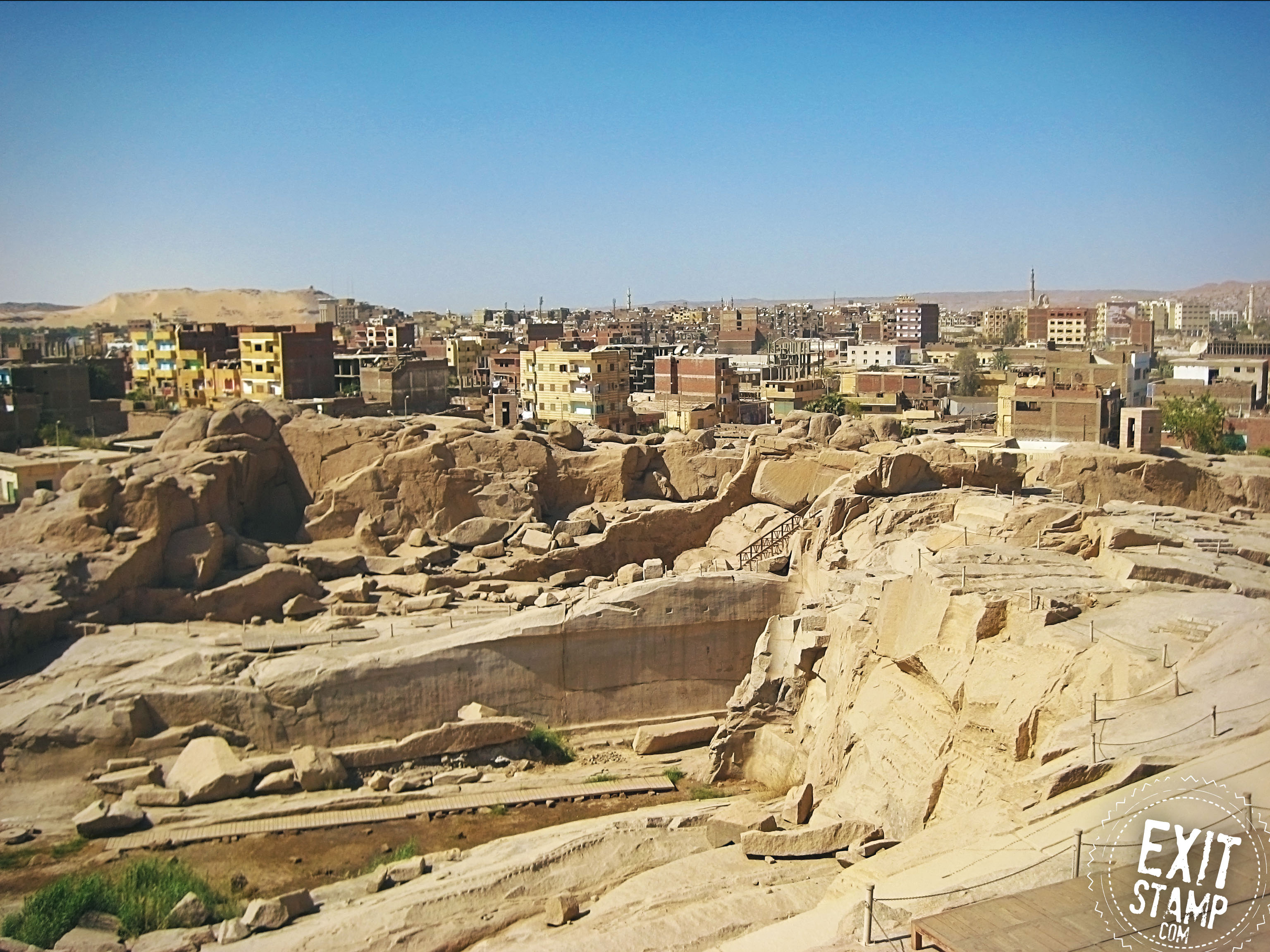 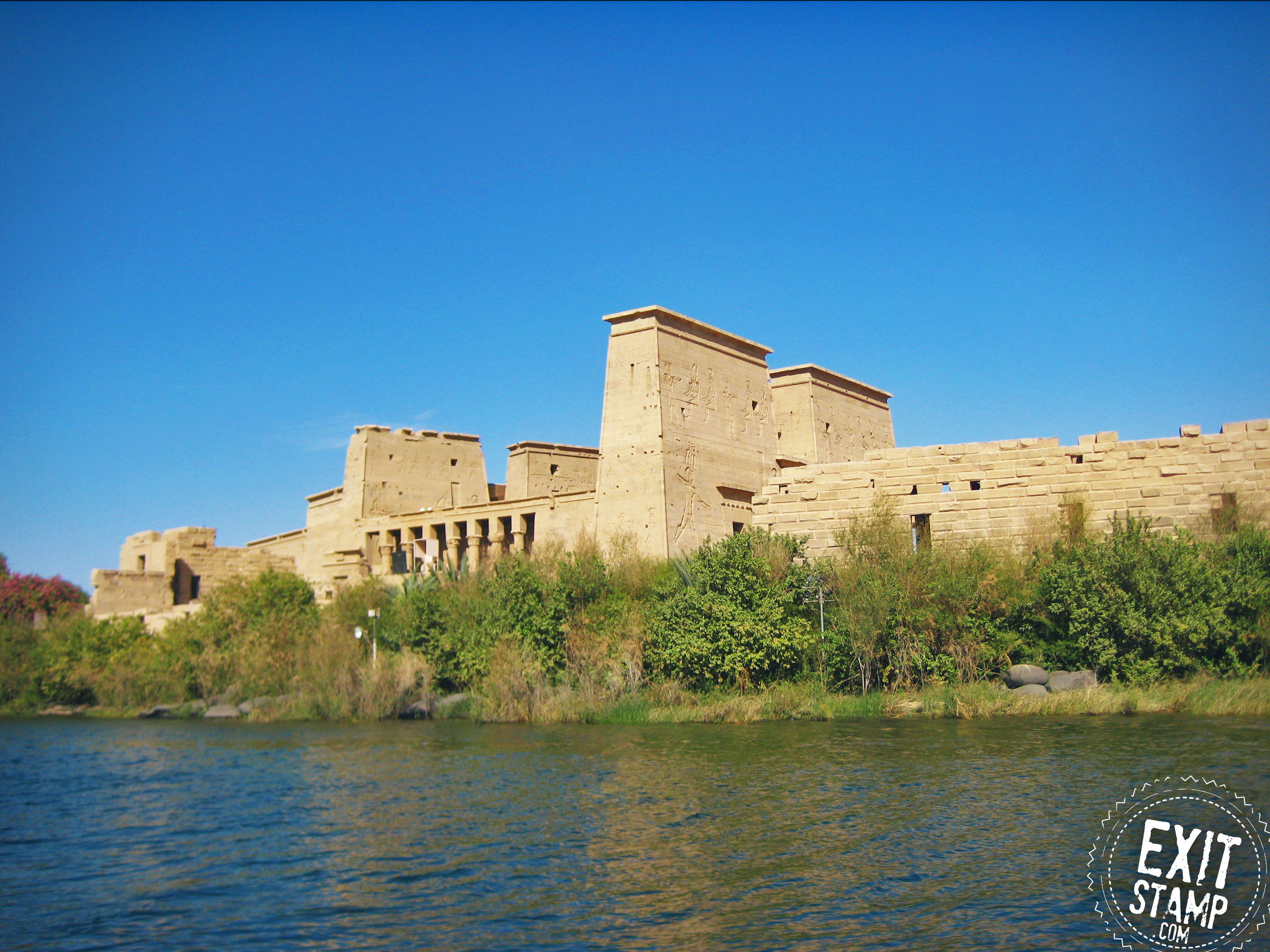 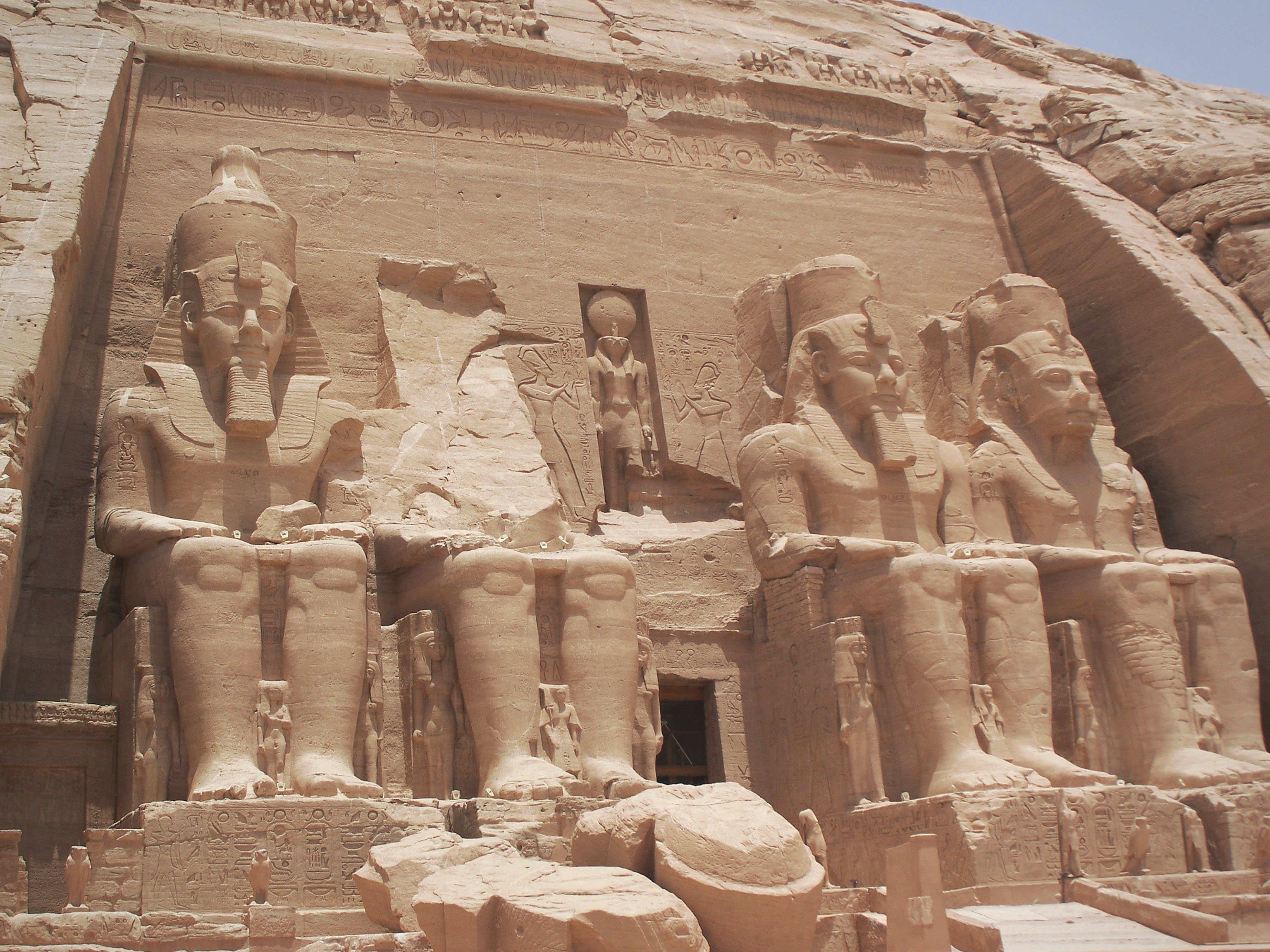 The Nile Cruise (2-3 days) :
Back to Aswan and back to Egypt, why not treat yourself to a night or two on the Nile as a mini-cruise. For that, go directly on the platform and go see the reception of one of the boats, on the base, clearly. Ask them if they have empty rooms for Luxor or Cairo and depending on your time and your means, treat yourself to some happiness ! Remember to haggle, all the time, especially if they have a lot of empty rooms! 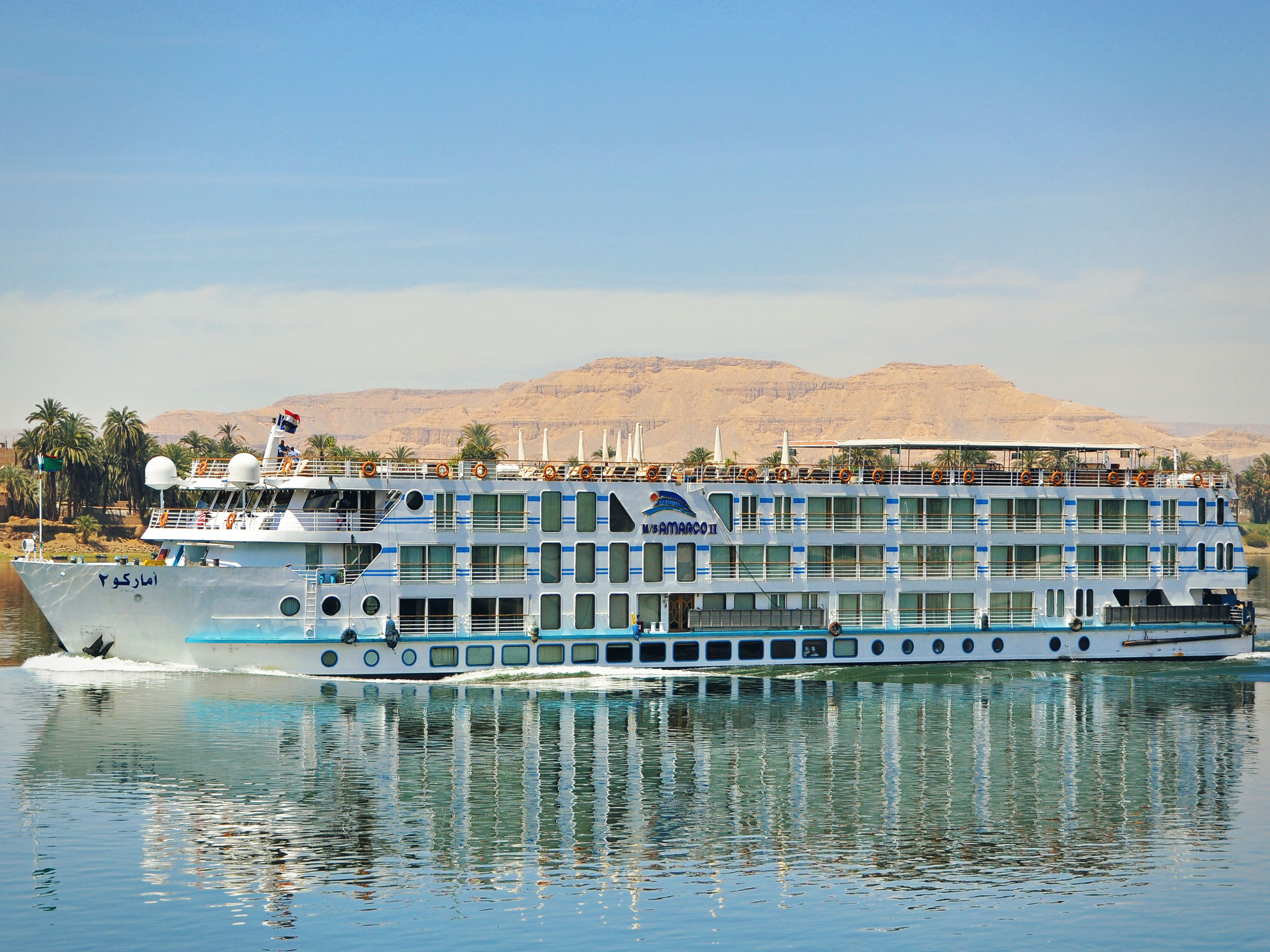 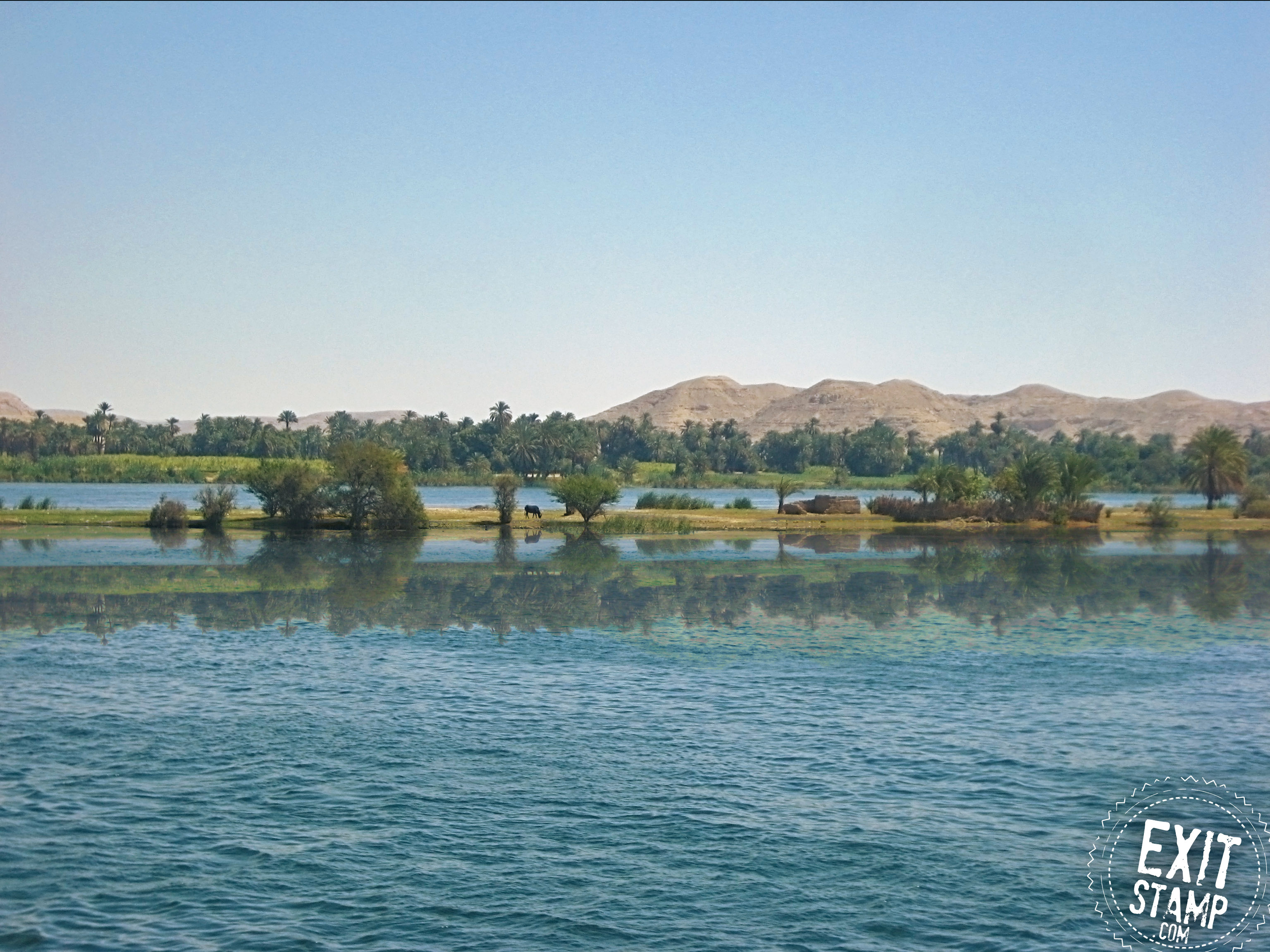 Sharm el-Sheikh & Mount Sinai (3 days): Sharm el-Sheikh - Dahab - Mount Sinai & St. Catherine.
What could be better than finishing in relaxation after this long journey, rich in history. In Sharm el-Sheikh and / or Dahab, relax on the shores of the Red Sea, a paradise for backpackers where you can swim in the midst of beautiful corals and water at perfect temperature! Book an excursion to Mount Sinai and St. Catherine Monastery, where Moses received the Tablets of the Ten Commandments and walk in his footsteps as he engraved the 3700 steps to enjoy a unique and incredible panorama at sunrise: magical. 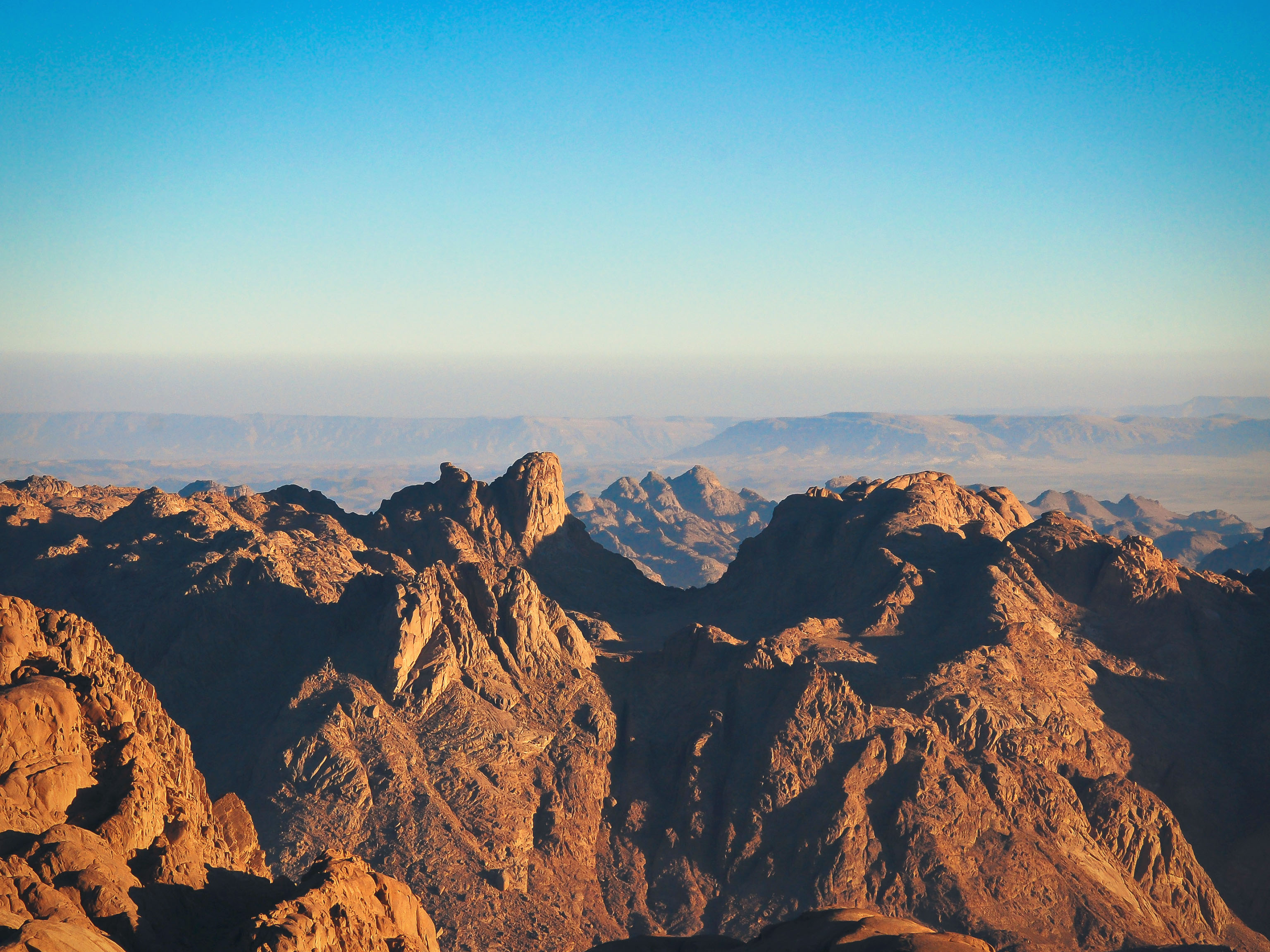 That's what Egypt is. Real hub of the history of humanity and testimony of this past still too mysterious. Traveling through Egypt is also a way to imagine life under one of the greatest civilizations of all time, appreciating this desert landscape while it with all the cultures that settled there since.

Exit To Egypt - The mix
Let's make this journey in Egypt even better with the best music ever of the country. Enjoy this selection of egyptian pop, jazz, disco and other sweet melodies that will carry you wherever you are. You can download it HERE !