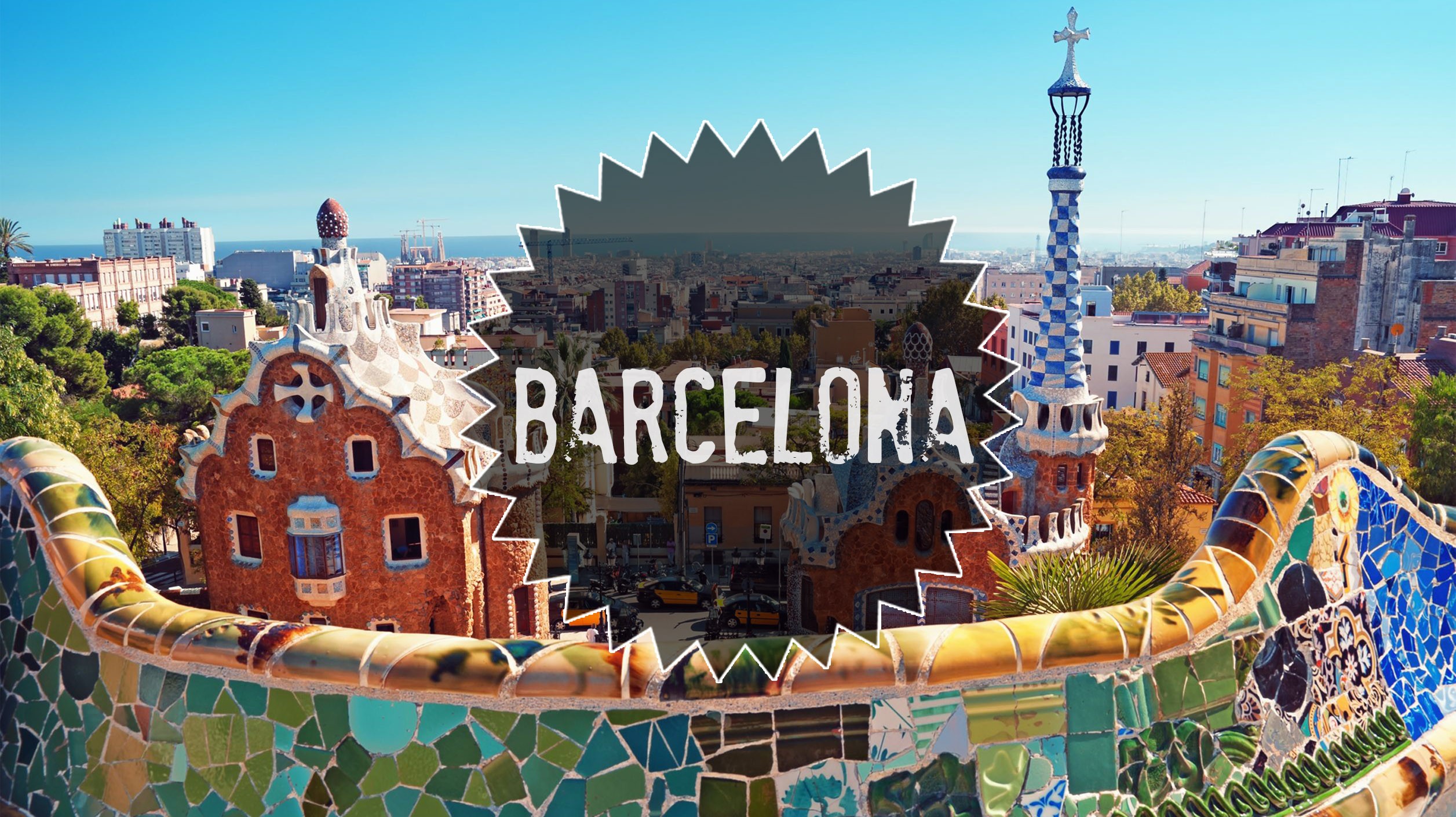 Barcelona is a key European city that you can visit in a single shot. Here are the MUST DO’s for Barcelona if you’re going for a weekend, or even if you decide to stay for longer!

Passeig de Gràcia - La Casa Batlló - La Casa Milà (La Pedrera)
From the center of Barcelona, take the time to walk along the Passeig de Gràcia street. You will discover two buildings of the Catalan artist Gaudí, the Casa Batllo and, a little further North, the Casa Mila also called La Pedrera. This was built for wealthy bourgeois in the 20th century, and you can go to see the roofs and certain floors of the building furnished in the traditional way. The lower floors of the Pedrera are inhabited by a few families even to this day. 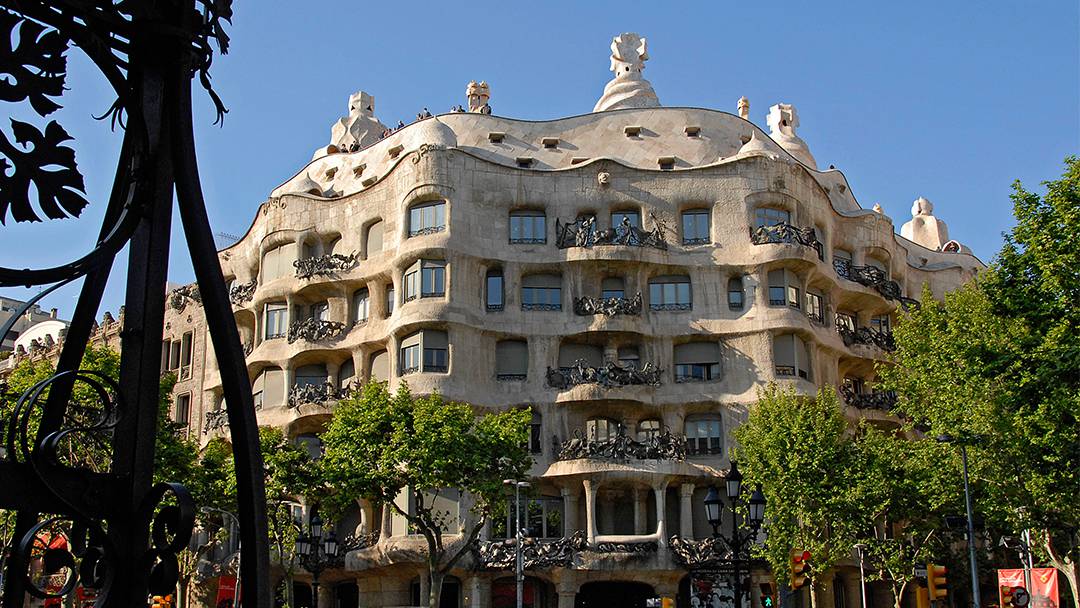 La Sagrada Familia
Let’s continue with the classics! Gaudi's Sagrada is constantly under construction, and the cranes have now become part of the scenery! Nevertheless, this magnificent cathedral is worth visiting for its unique architecture, faithful to the spirit of its creator. The interior is impressive, an imposingly tall stained glass window in multiple colors that energizes the space with strong sunlight. The green, yellow and orange light up the floor and pillars, creating an almost forestlike effect. A wonderful show for the price of € 13.50, which should be booked in advance by specifying an exact date and time that must be kept. www.sagradafamilia.org 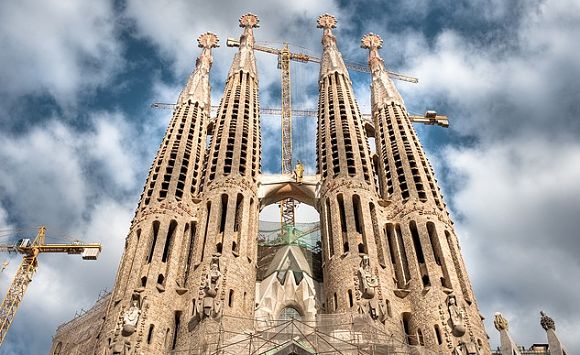 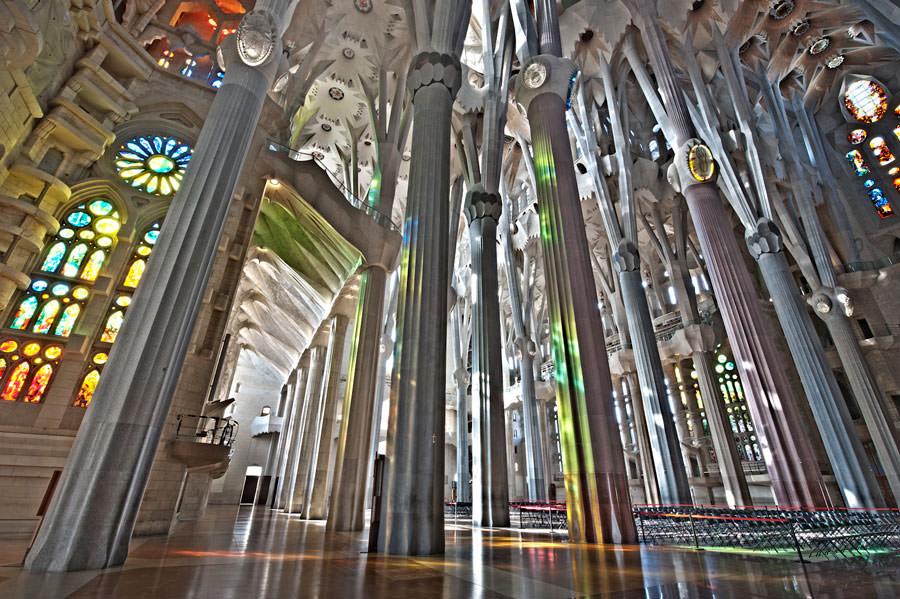 Park Güell
Another important part of Barcelona and Gaudi, the Park Güell. To get there, take bus 92 from the Sagrada, or the green line metro to Lesseps. You’ll have to walk a little bit in the friendly Gracia neighborhood to reach this destination. Book your ticket (€ 7) in advance and stick to the specificied time. A fabulous, colorful park with views of the city and the sea beyond it. Take time to relax around the terrace and the arches. This place attracts a lot of tourists (hence the need to abide by the timetable) but is nonetheless a great place to relax! A definite MUST DO! www.parkguell.cat/en/buy-tickets 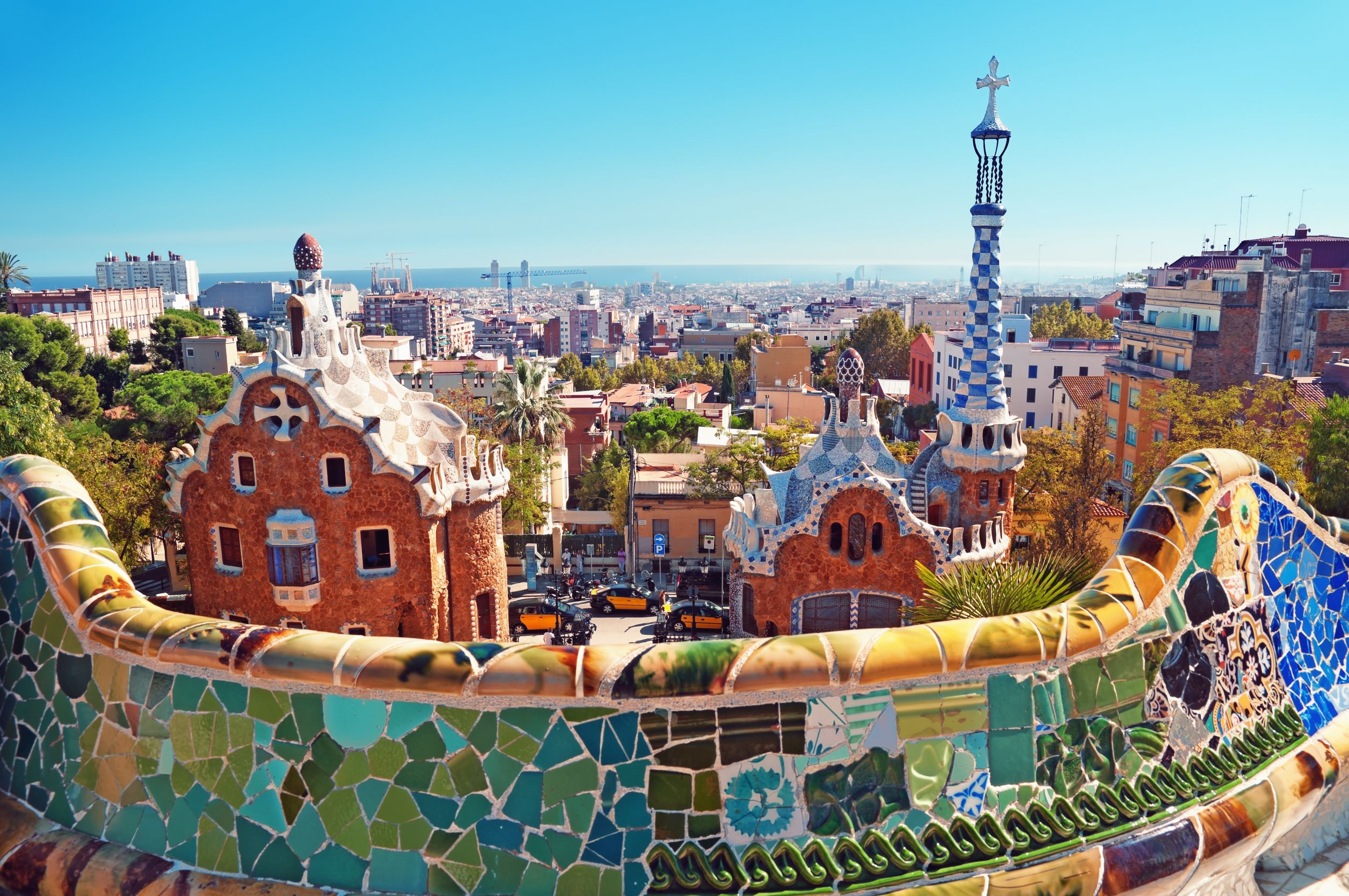 **TIPS**
Book your tickets in advance on the internet, specifying your time of arrival. You’ll save time at the entrance of the Park Güell and Sagrada.

Plaza Espanya and Montjuic Park
For a second day, I would recommend starting from the West and heading toward the imposing Plaza Espanya, from which you can admire panoramic views atop the terrace of the "Las Arenas" shopping center. Enjoy the scenery with a coffee / croissant / juice at one of its many bars. Going down and heading away again, take bus 150 which will bring you to the top of Montjuic Park and the Montjuic Castle. A small fortress from which you can enjoy a different view of Barcelona and its industrial port. The park offers a descent by cable car and / or funicular to reach the South of the city, the meeting point of the port/aquarium, Barceloneta and la Rambla. 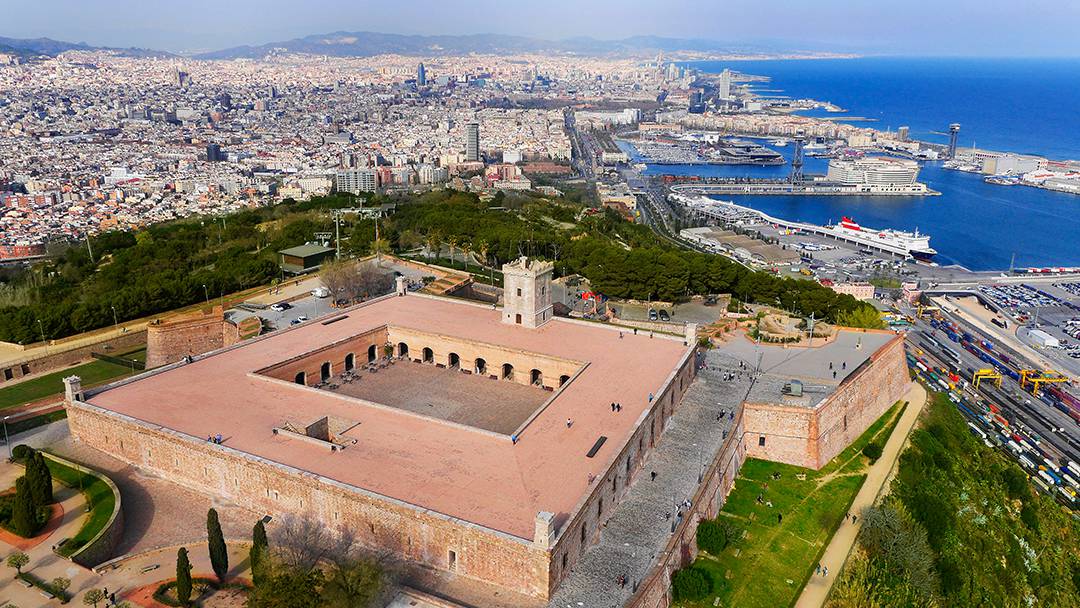 La Rambla, La Boqueria and the Gothic Quarter.
Going up the famous Rambla, you will find many souvenir shops, but more importantly, the Mercat de La Boqueria, at which I would recommend you to go for lunch. Find yourself a nice spot by a food stand and enjoy a variety of tapas. Along La Rambla, there’s the Barri Gotic in which you’ll want to lose yourself! A multitude of small streets, squares, churches and cathedrals to take in. Keep on wandering in the direction of Barceloneta, a charming, popular area, far from the crowds of tourists to finally enjoy, barefoot, the beach of Barceloneta. 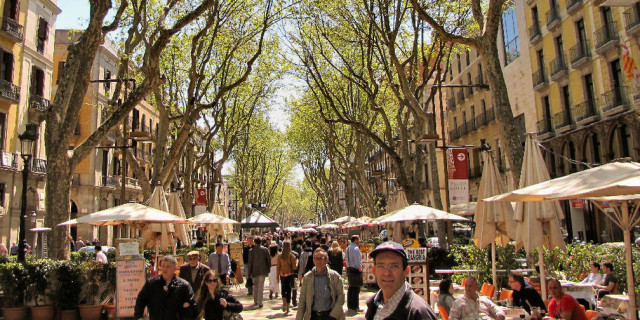 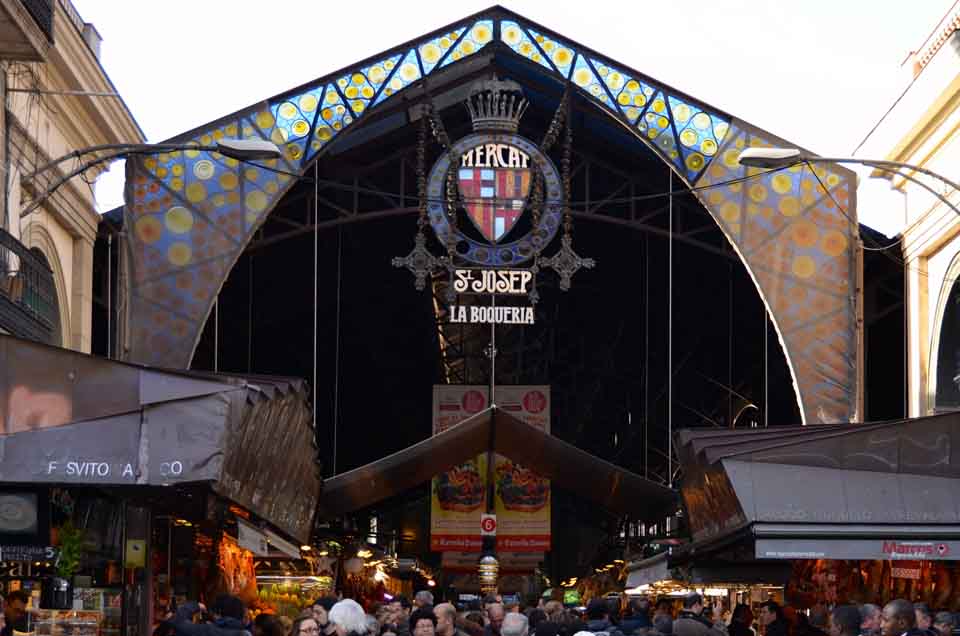 And still so much more!
If you have time left over, you can of course space out the visits mentioned above as you like by combining them with various others activities offered by Barcelona, such as the Picasso Museum, the European Museum of Modern Art (MEAM), the Museum of FC Barcelona, seemingly endless parks such as the Ciutadella, the Guinardo or the labyrinth of Horta. There are additionally many monuments like the Arc de Triomf or the Mirador de Colón for more cool views of the city, and of course, take time to wander around the city itself, which is the best way to really get a good feel of it all!

Barcelona is a captivating city in which to live, and I simply recommend you to take your time and enjoy the nightlife. The hostels are all great, and decently priced. If you’re travelling in a group, hotels may be the best solution for both comfort and price, depending on the season.