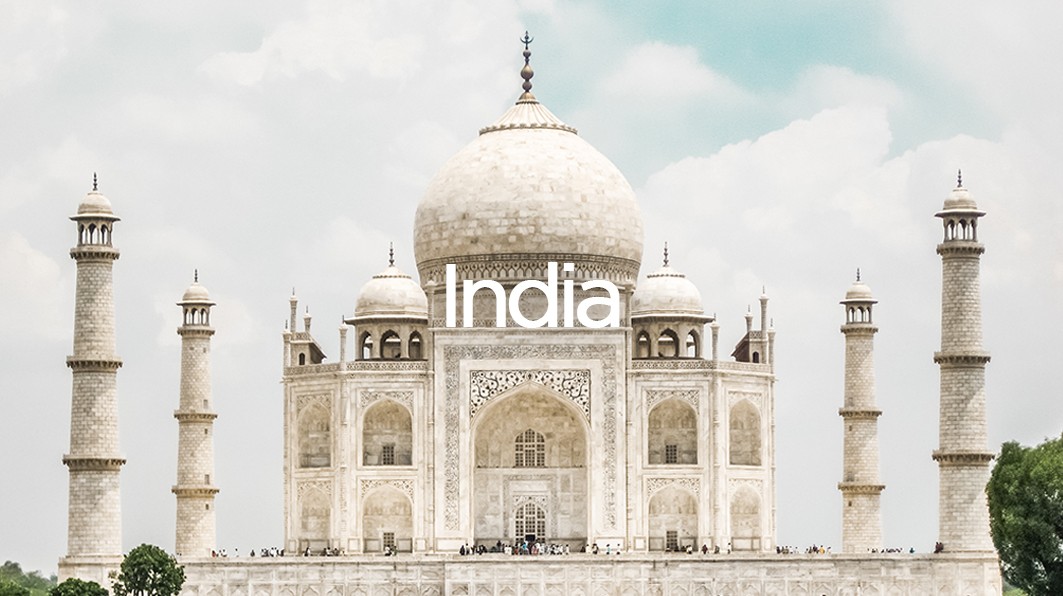 India my friends. India ! Here is a country that is a world of its own. We are clearly here elsewhere in space and time. India has kept its strong identity through the years by its own religion, Hinduism, and by the traditions associated with it. A country that certainly does not leave one indifferent but a country that one must get to know. Namaste !

** TIPS ITINERARY **
As with all of our articles, we try to come up with a roughly coherent route that both allows you to see the most important places in the country while maintaining a logical route for travelers to get from one point to another. Here, we will start in Mumbai and then start a loop of the country towards the North, the East, the South and back to the West by passing through several stages without order of preference or importance. Everyone is free to adapt his or her route according to his or her desires, his or her position of entry and/or exit of the country.

** TIPS TRANSPORT **
The N°1 means of transport in India is the train which connects the whole country. These are sleeper cars so opt for night trips which will save you nights in hotels and you will arrive at your destination the next day in good shape. 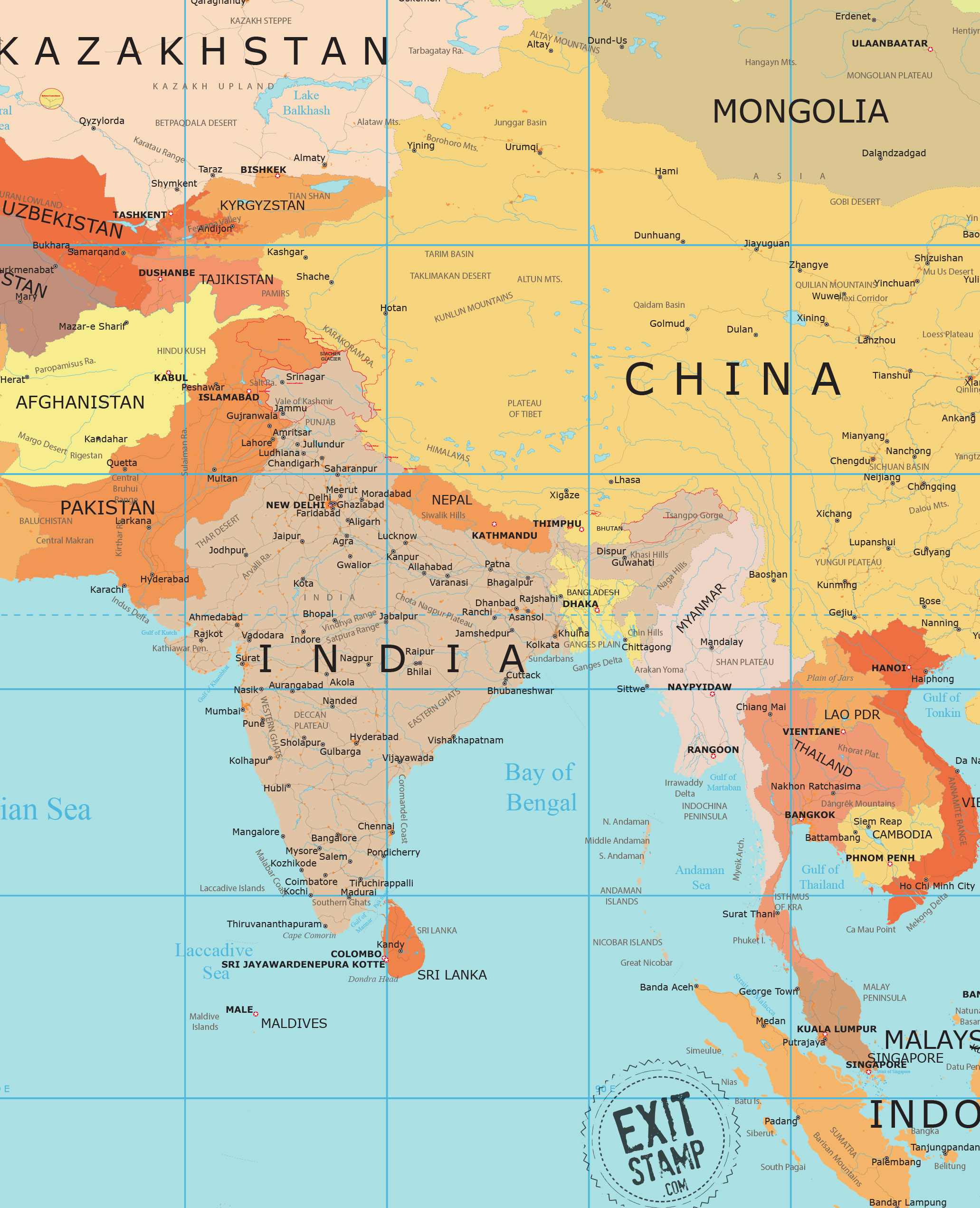 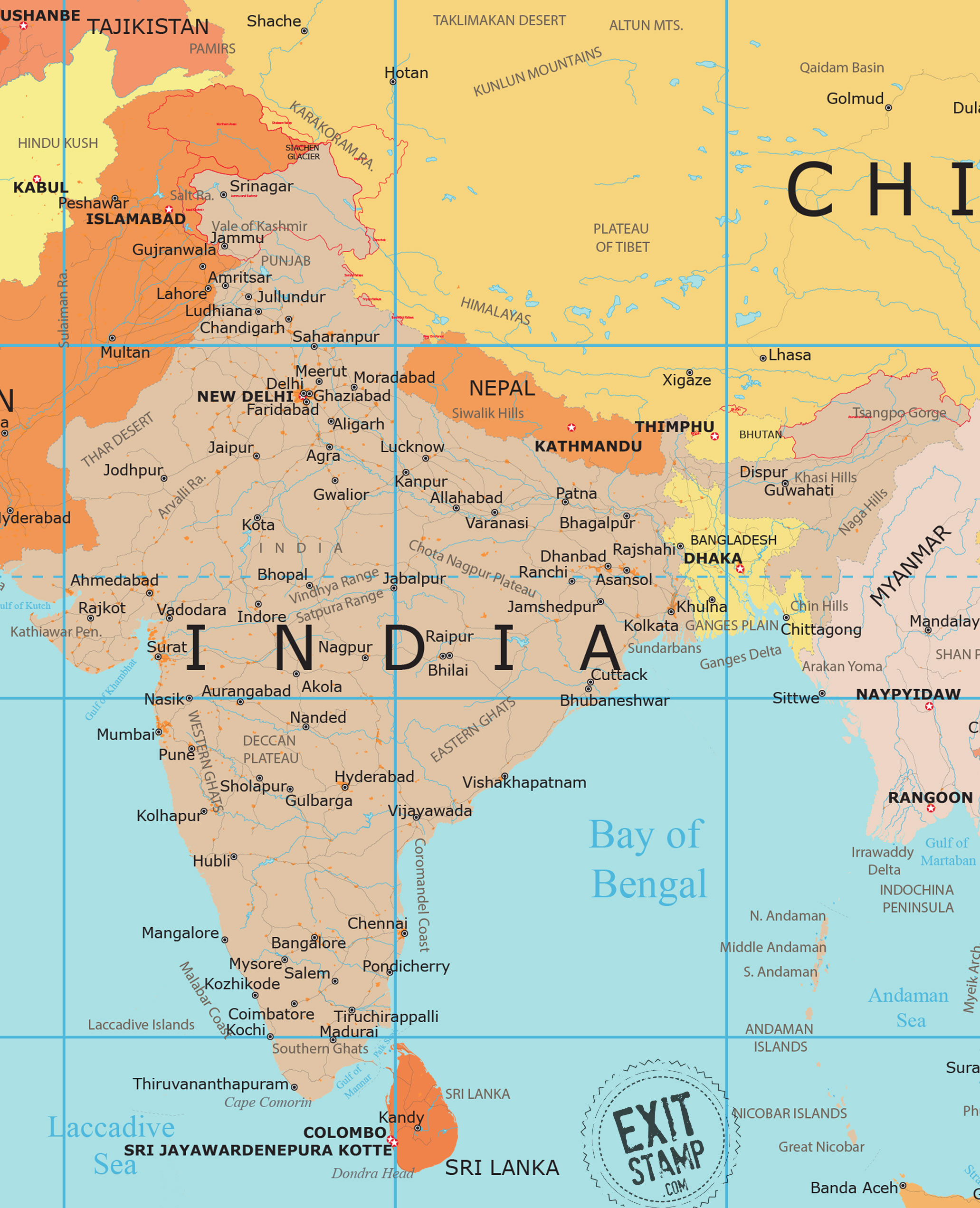 ** TIPS FOR SURVIVING IN INDIA **
Dear friends, traveling around India is a unique and incredible experience, even during an already incredible world tour. The following tips are intended to prepare you mentally to discover this country to better appreciate it and not to discourage you. On the contrary, at Exit Stamp, we recommend the strong experience and the big slap rather than the easy one.
- Be prepared for the visual and noise pollution in the big cities: garbage on the ground, heavy traffic, constant horns, etc.
- Be prepared for a lot of poverty: beggars, families showering on the street, street workers, etc.
- If you are traveling on a budget, the condition of the rooms you are offered can sometimes be very poor. Be prepared to sleep in such places or run away!
- Respect the dress code in places of worship and avoid attracting attention in the street with expensive objects or clothes that are too short for you ladies.
- Food: Avoid meat and eat vegetarian to avoid getting sick. Never drink tap water. Bring your own filtered water bottles or bottled water.
- NEVER mistreat a cow: they are sacred in India!
- KEEP CALM & GROW A MOUSTACHE !

Mumbai (3/4d) : Colaba - Gateway to India - Taj Mahal Palace - Rajabai Clock Tower - Prince of Wales Museum - Chor Bazaar - Marine Drive - Banganga Tank - Bollywood Movie :
Mumbai (formerly Bombay) is the most populous city in India and the commercial capital of the country. Any visit starts with the old city, the Colaba district with its numerous buildings with Victorian colonial architecture in which the British settled in the 17th century.
Reach the Gate of India at the extreme south of the city on the seaside, emblematic monument of the city built in 1911 then pass in front of the immense Taj Mahal Palace which is just a few steps away. From Oval Maidan Park, you can see the famous Rajabai Clock Tower, which is vaguely reminiscent of Big Ben, and don't miss the Prince of Wales Museum of Western India to view local paintings and sculptures. On Mutton Street, enjoy a local market with Chor Bazaar and take time to chill out day and night at Marine Drive, the grand Arabian Sea waterfront boulevard where Indians flock to watch the sunset. A little further north is Chowpatty Beach. In the Malabar Hill area is Banganga Tank, a sacred pool built in the 14th century where Indians come to bathe. During your stay in Mumbai, you will probably be approached to be an extra in a Bollywood movie, it is the opportunity to enjoy the experience! 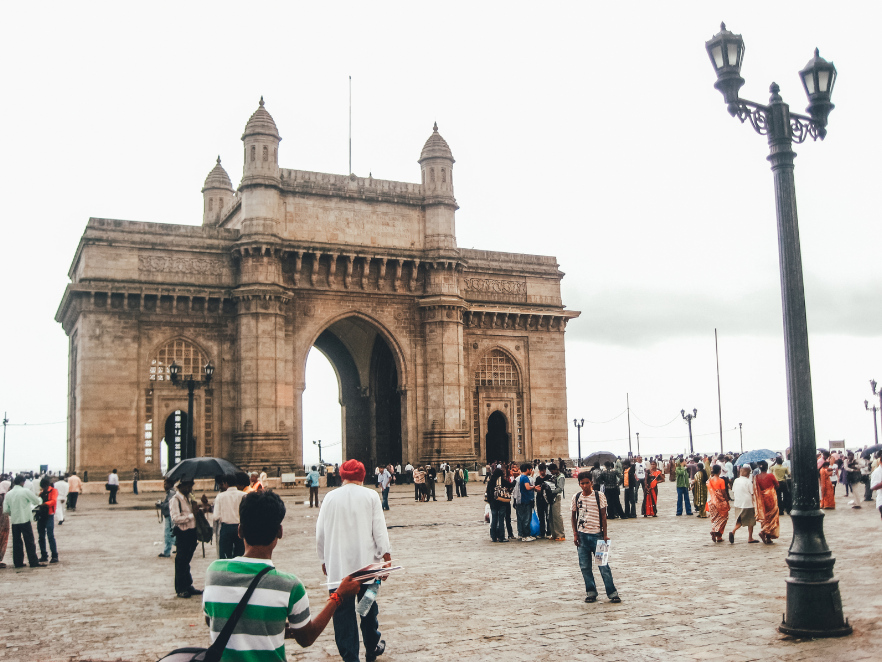 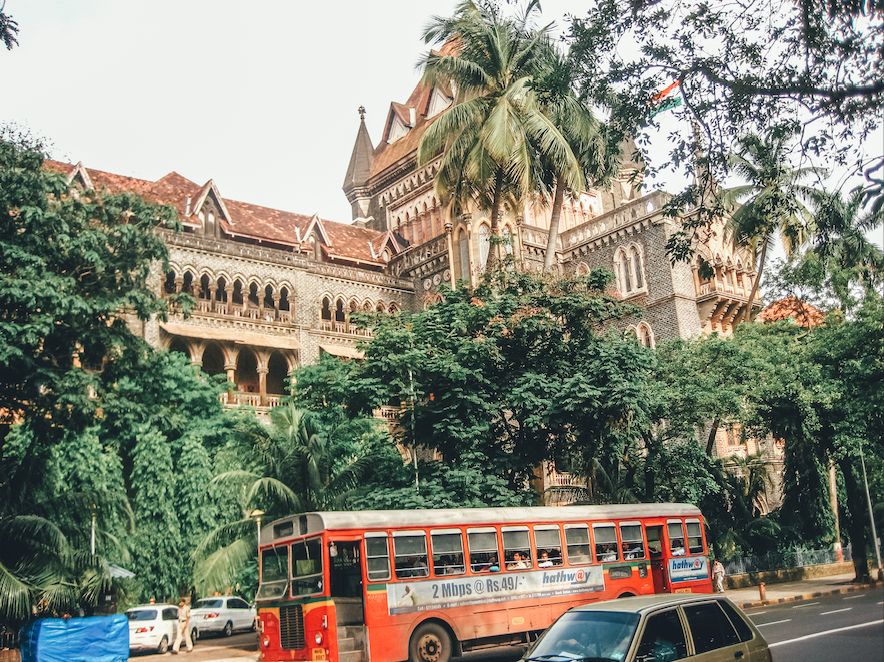 Rajasthan: Jodhpur - Jaipur - Jaisalmer (6/7d):
Jodhpur, nicknamed the blue city, is in the heart of Rajasthan and is worth a visit for its colorful streets, its markets, its warm atmosphere, its smells and its famous fort of Mehrangarth perched at 120m high with a view on the whole city.

Jaipur, known as the pink city, is a jewel of the region with its alleys all painted in pink, its markets also, its temples and its palaces. Visit the Amber Fort, the Palace of the Winds, and the Palace on the Water to feel the authenticity of the city.

In the middle of the Thar Desert, find the city of Jaisalmer with its impressive ochre fortress, one of the oldest citadels in the region.

Of course, Rajasthan has 1000 more wonders to discover with many other forts and palaces in Chittorgarh, Kumbhalgarh, Pushkar, Ranakpur, Shekhawati or Udaipur. 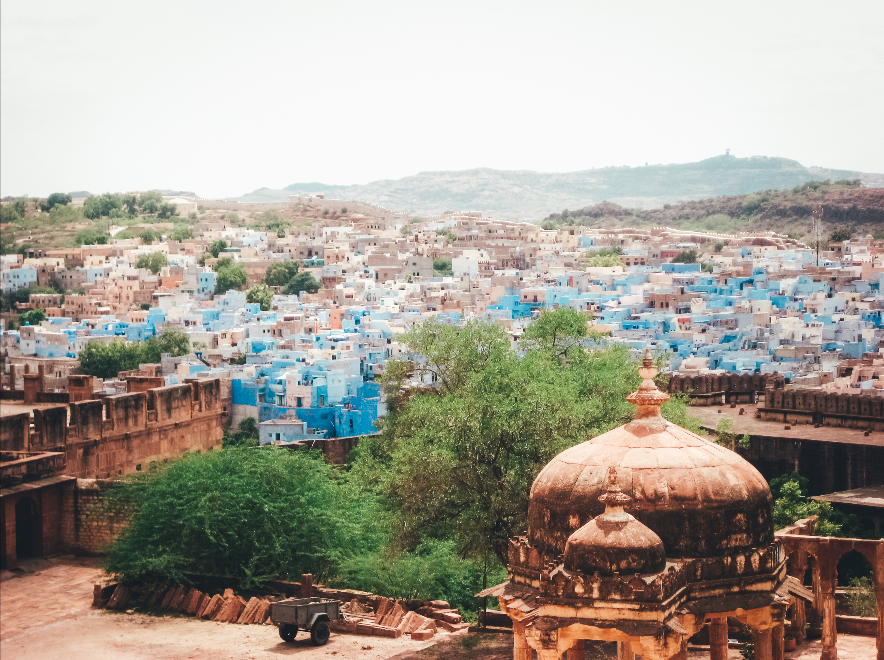 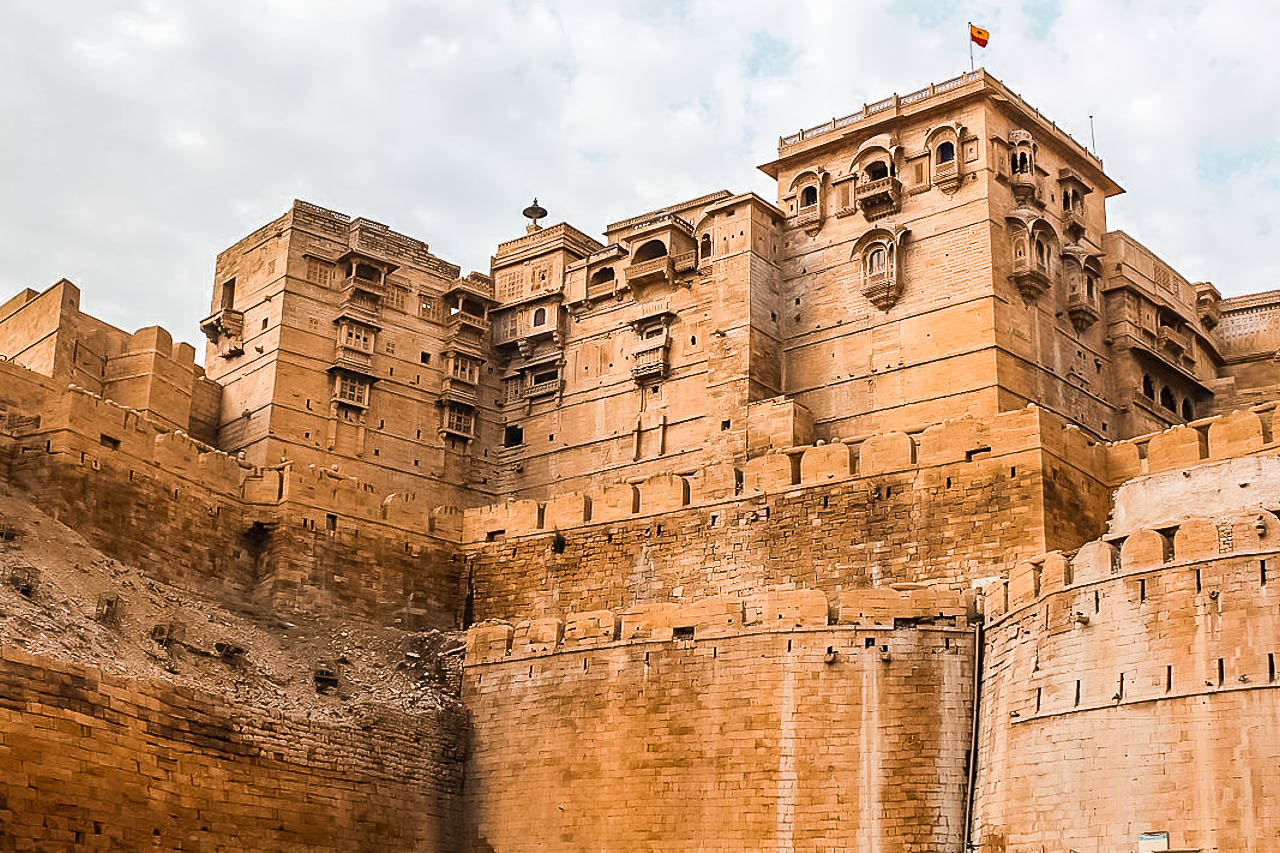 Punjab: Amristar - (2/3d)
In the state of Punjab, in the north of India, the golden temple of Amristar is the sacred sanctuary of the Sikhs attracting every year thousands of believers from all over the world, Sikhs but also Hindus and Muslims. One makes the turn of the temple by walking on marble alleys to the rhythm of sacred songs. This temple covered with gold leaves shelters the sacred book of the Sikhs, libraries, administrations and a canteen. To see by day and by night.

New Delhi (3/4d) - Agra & Taj Mahal - (2d)
In ND, settle down in the Pahar Ganj area, right in the center of the city. A very lively area with lots of accommodations and small shops that vaguely remind us of Kaho San Road in Bangkok, Thailand, but much more... destroyed! Nevertheless, the vibe is good. New Delhi is huge so use the Rickshaws (tuk tuk) and metro to get to the various places to visit such as the Red Fort, Jama Masjid Mosque, Humayun's Tomb, Qutb Minar, Jantar Mantar and the Gurduwara Sis Ganj.

Take a tour or a train ticket to the city of Agra (200km away) for 2 days to visit the symbol of the country and one of the most famous monuments in the world, the famous Taj Mahal. Imposing, sumptuous, sublime of its white marble, built in XVIIth century by the emperor Shah Jahan to honor the memory of his 3rd wife. A must-see and a UNESCO World Heritage Site.
A little more : southwest of Agra is the small ghost town of Fatehpur Sikri (UNESCO p.), the ideal city of the emperor Akbar built in the 16th century and worth a visit. 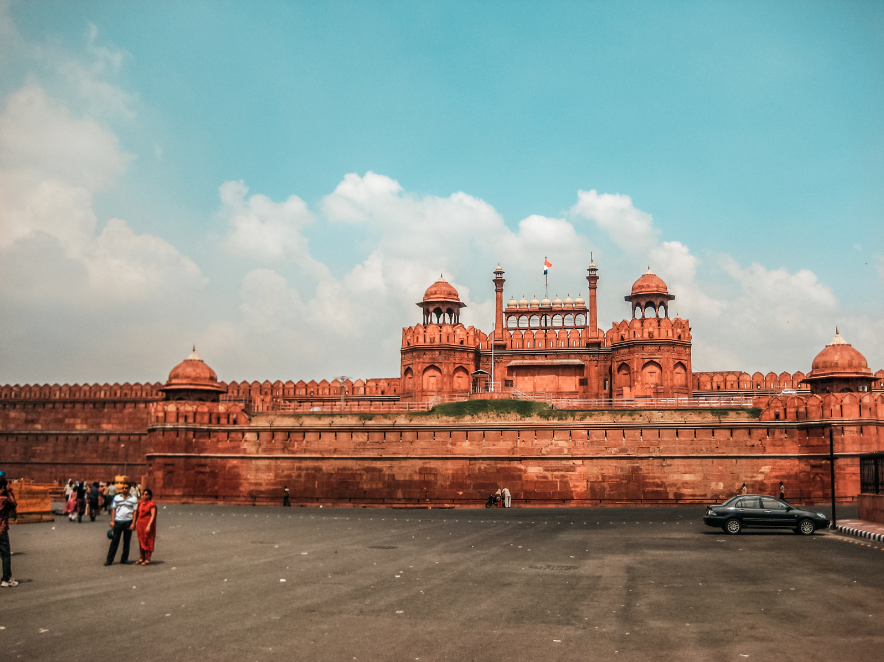 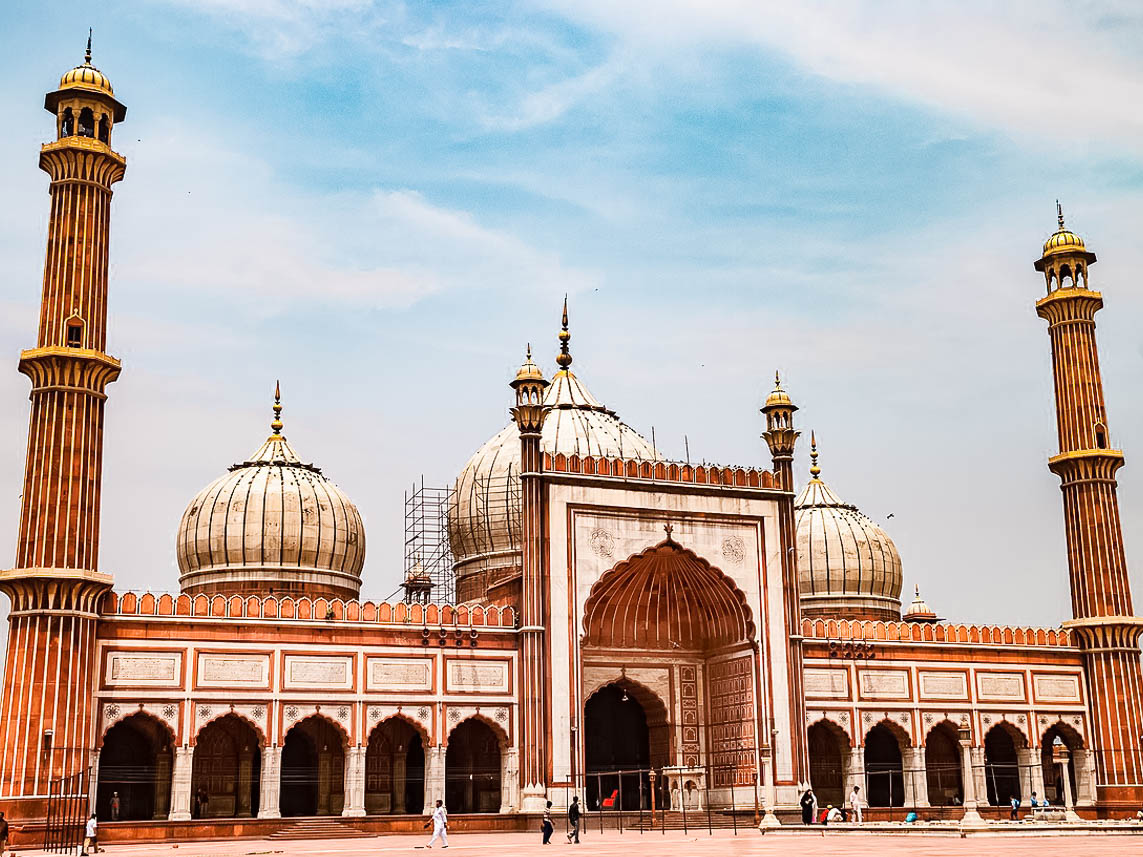 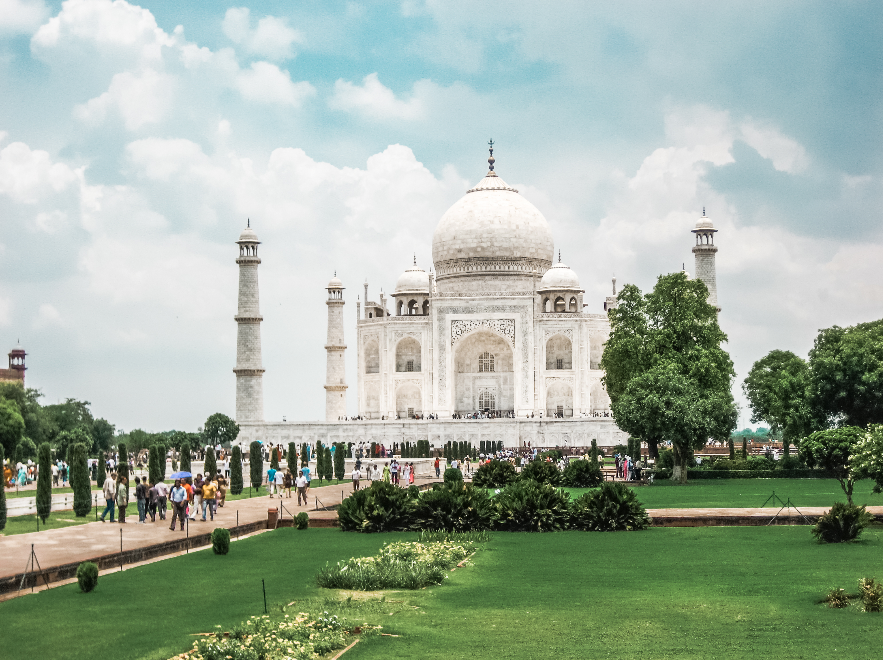 Khajuraho - Bandhavgarh National Park (2/3d)
The village of Khajuraho is home to India's most famous temples built between the 10th and 12th centuries, whose facades are covered with sculptures referring to Indian mythology. Rent a bike to explore the entire site and its countryside.

Take advantage of being in the area to go on a safari to the Bandhavgarh National Park which has the highest density of tigers in the country and you can also visit the Panna tiger reserve which is a few kilometers from Khajuraho. 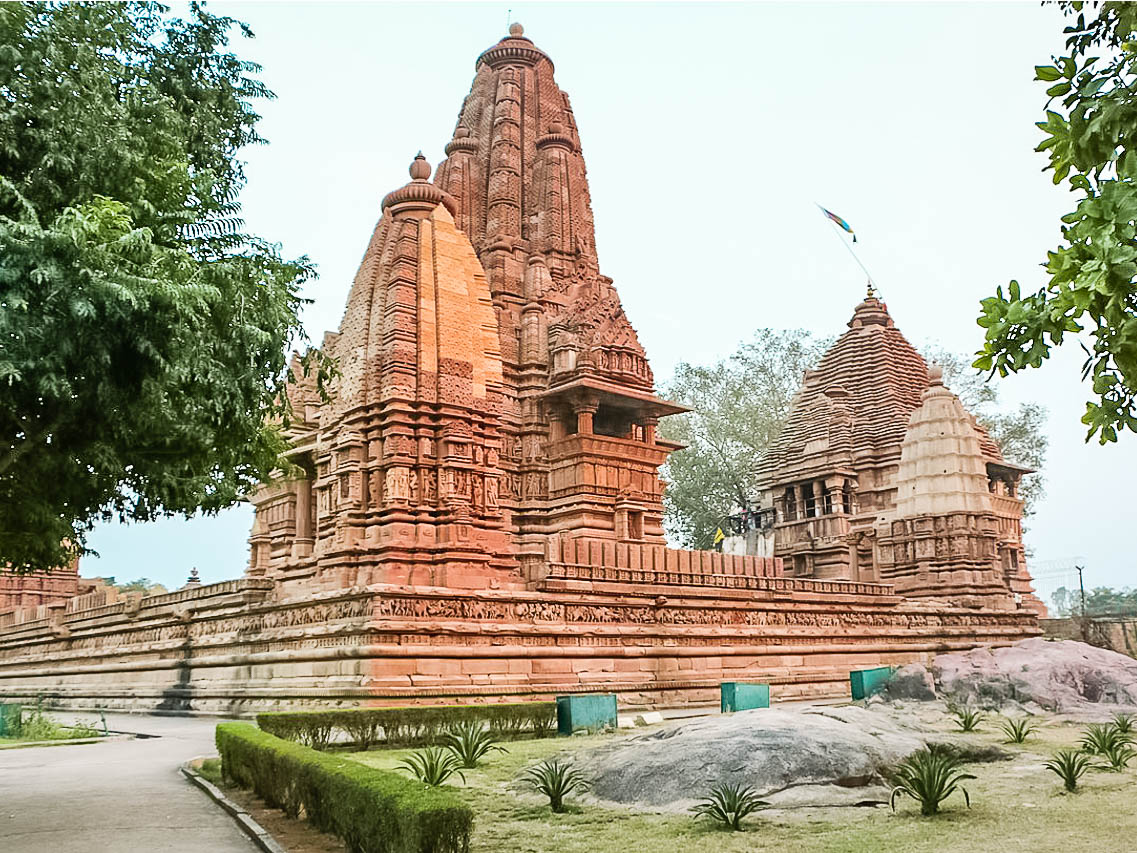 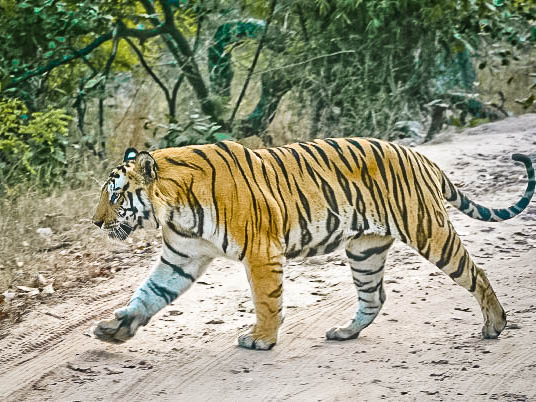 Varanasi (3d) - Kolkata (3d):
Varanasi (formerly Benares) which borders the Ganges is THE sacred city of Hinduism and a must visit to capture the essence of India. Inhabited for more than 4000 years, it is one of the oldest cities in the world where many Hindus are cremated to get out of the cycle of reincarnation and reach Nirvana. An excellent city in which to settle down and wander along the ghats, these staircases which follow the river, and to attend these ceremonies of offerings in songs and music.

Kolkatta (formerly Calcutta) is a huge mess. Let's say it! The densest city in India, it is noisy, dirty, hyperactive, old with its degraded colonial buildings but that is its charm. To feel Calcutta is to feel its chaos. As for the visit, go through the Victoria Memorial, the Saint Paul Cathedral, the Howrah train station and the Tagore house. You can put down your luggage in the district of Chowringhee, with a lot of accommodations including the Hotel Maria where many young people come to do voluntary work for the hospice of Mother Teresa. 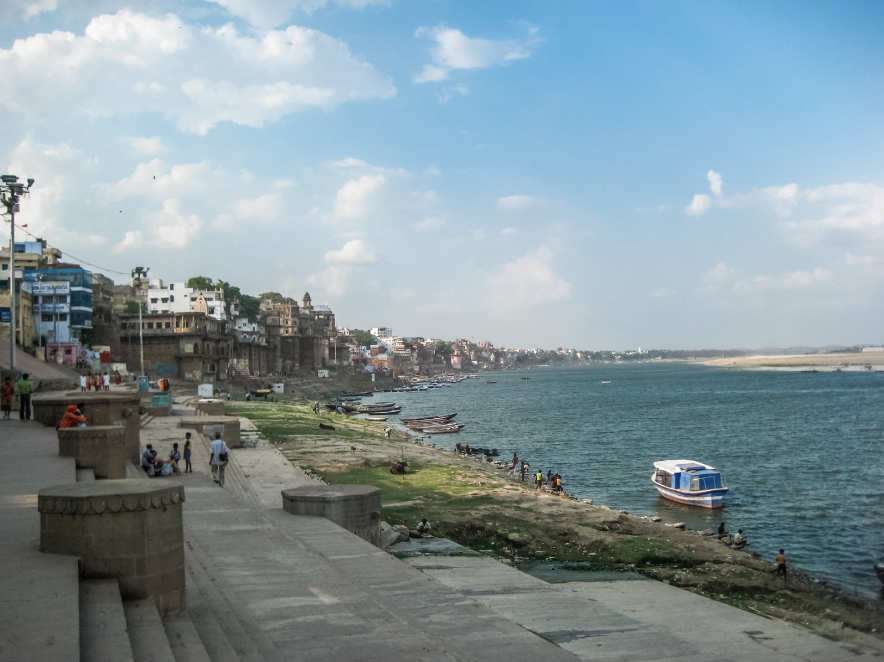 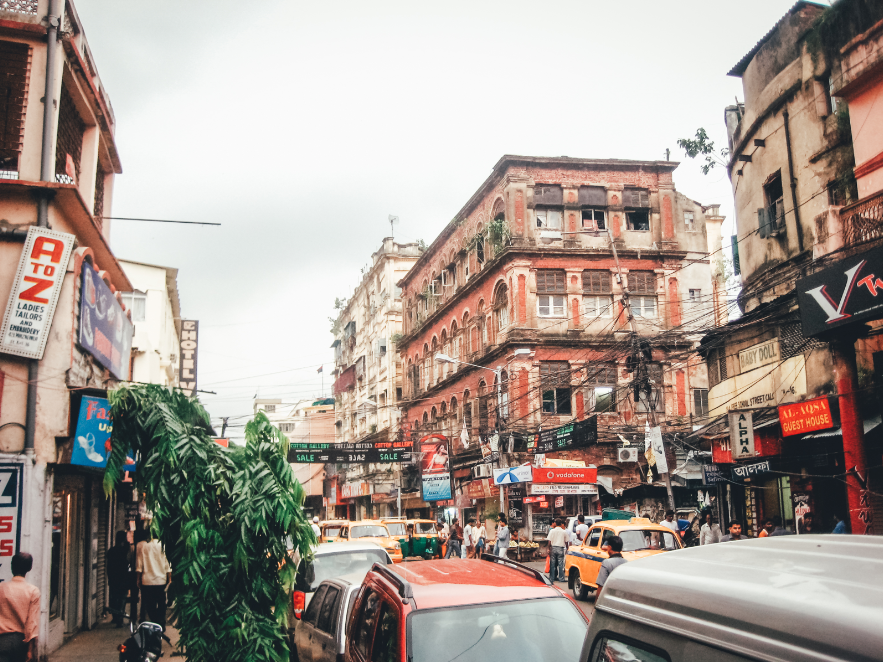 Pondycherry (2 days) - Madurai (2 days) - Kerala (2/3 days):
On the South-East side, find Pondycherry, a former trading post of the French East India Company, which is worth a visit for its French-Indian mix, its colonial buildings, its French restaurants and bars. A small, relaxing and colorful city with a seafront walk to do in the late evening.

Madurai, in the southern tip of India, is also famous for being a high place of pilgrimage with the temple of Sri Meenakshi, dedicated to Meenakshi and Shiva. A site whose facades are carved with Indian gods and goddesses, all painted in all colors. An incredible spectacle for the eyes.

Kerala on the southwest coast, is known for its network of canals connecting different lakes called backwaters, its spices and its relaxing massages. We are here far from the usual madness of India and much more in a place of relaxation. You can sleep on board of house-boats on the backwaters or take a tour on board to discover this labyrinth of water and discover the local life. Fort Cochin is a port with English, Portuguese and Dutch influences and on the beach side, Cherrai, Marari and Varkala are perfect spots to chill. 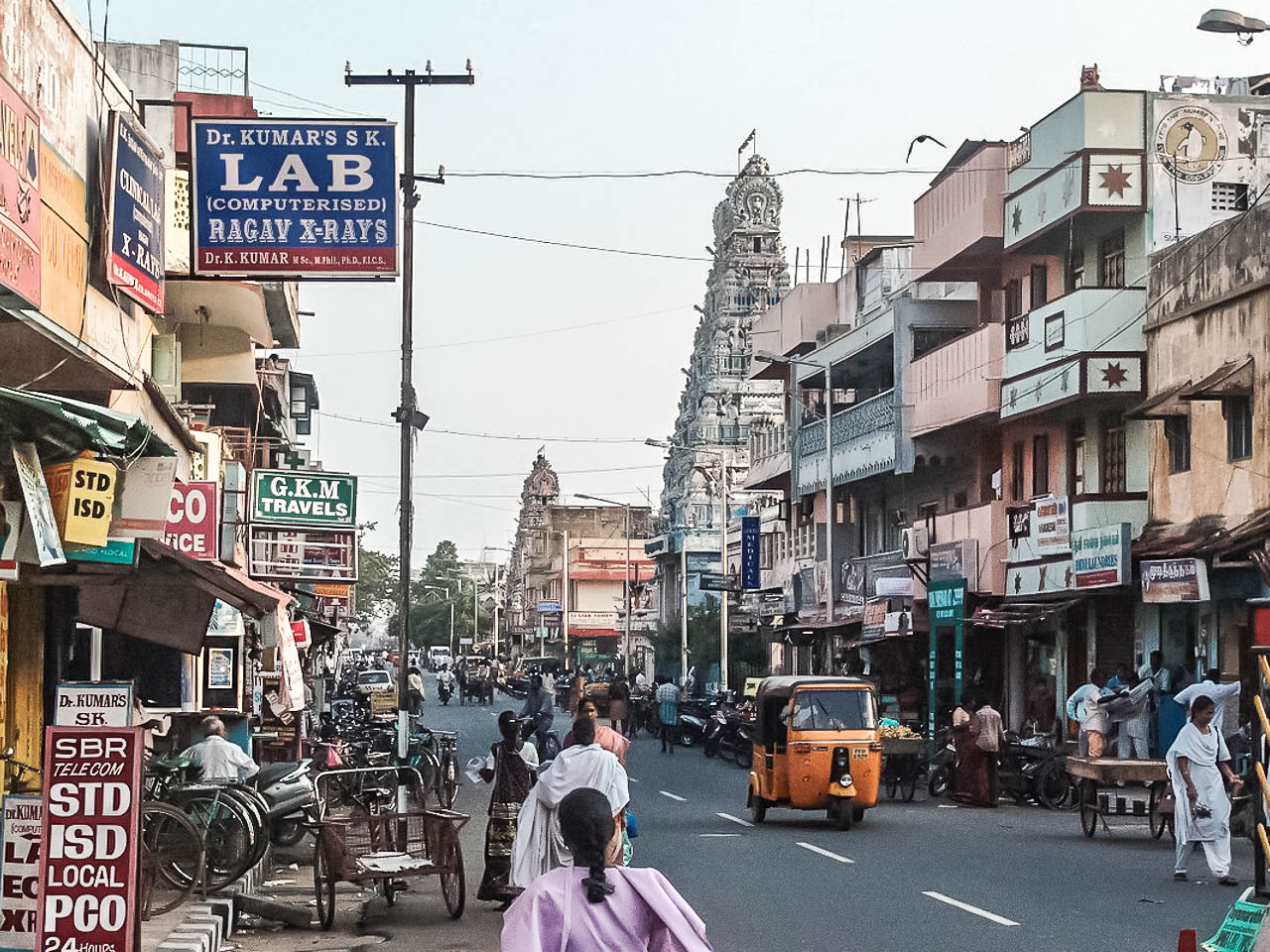 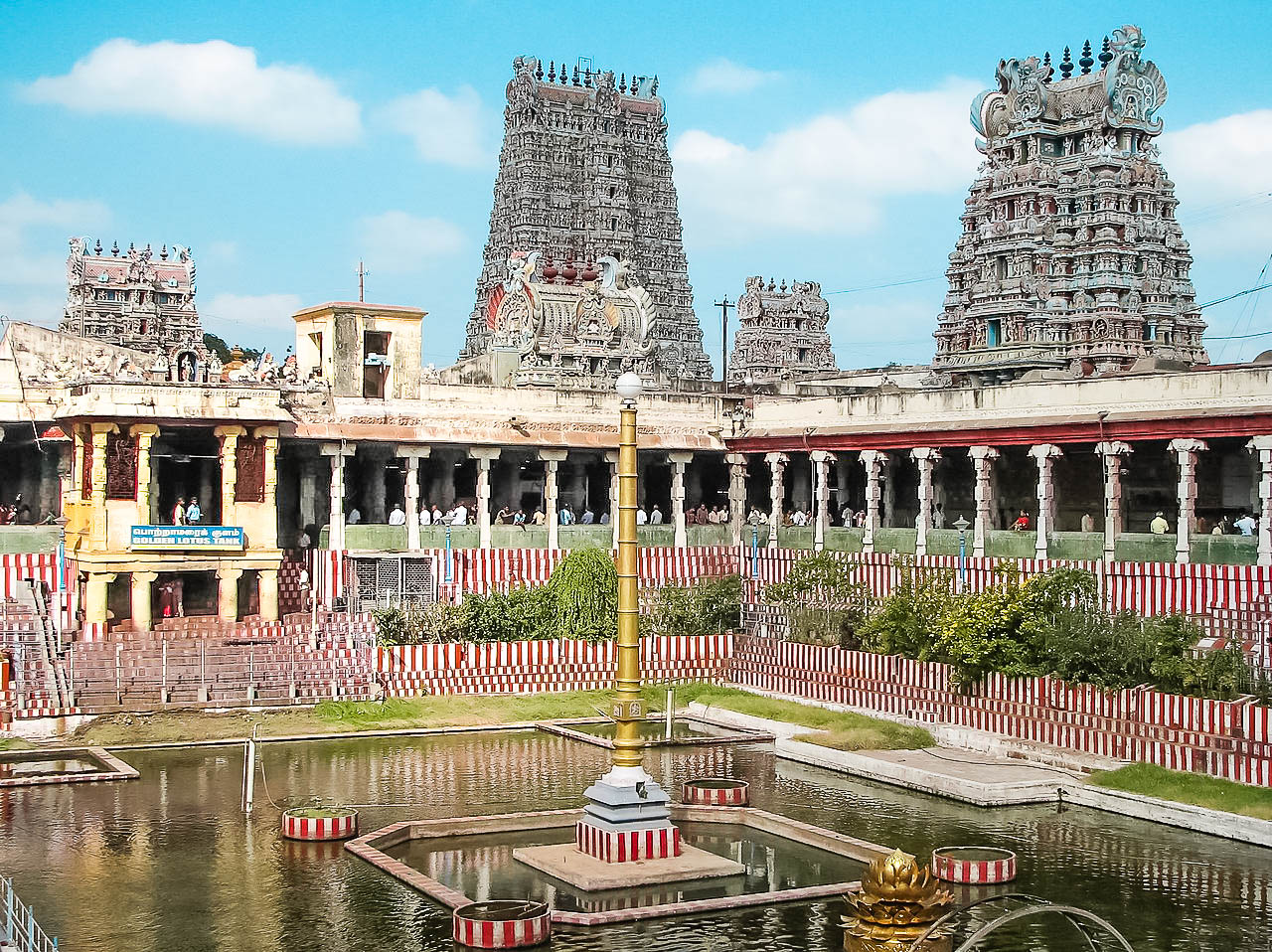 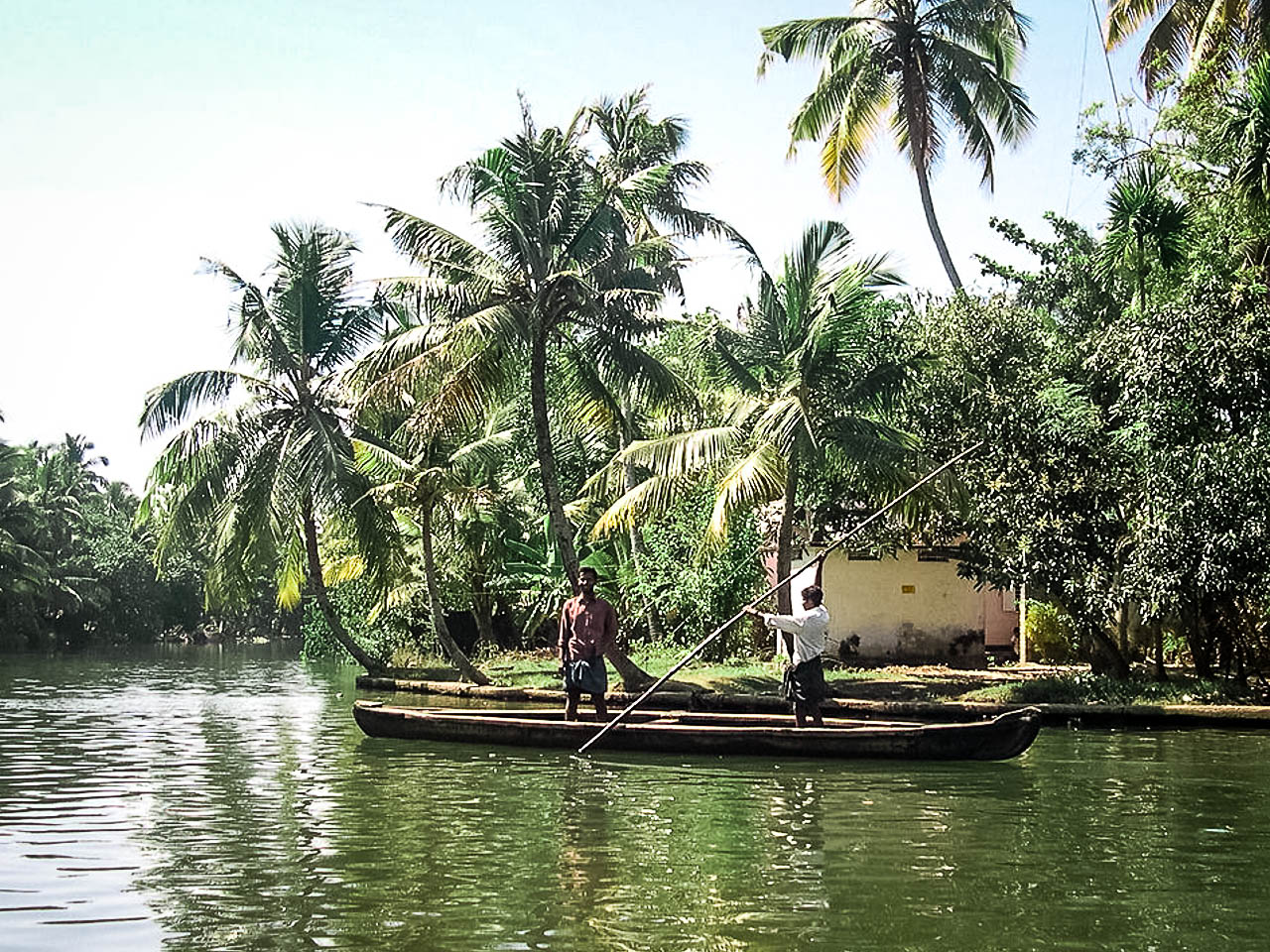 Hampi (3d):
Let's go up to the small village of Hampi, very peaceful and pleasant to discover the incredible ruins of Vijayanagar, some of which are easily accessible by foot and others, more distant, by rickshaw. The vegetation in the surroundings is luxuriant, one would believe oneself in a decor worthy of Indiana Jones. The spirit is really peaceful. 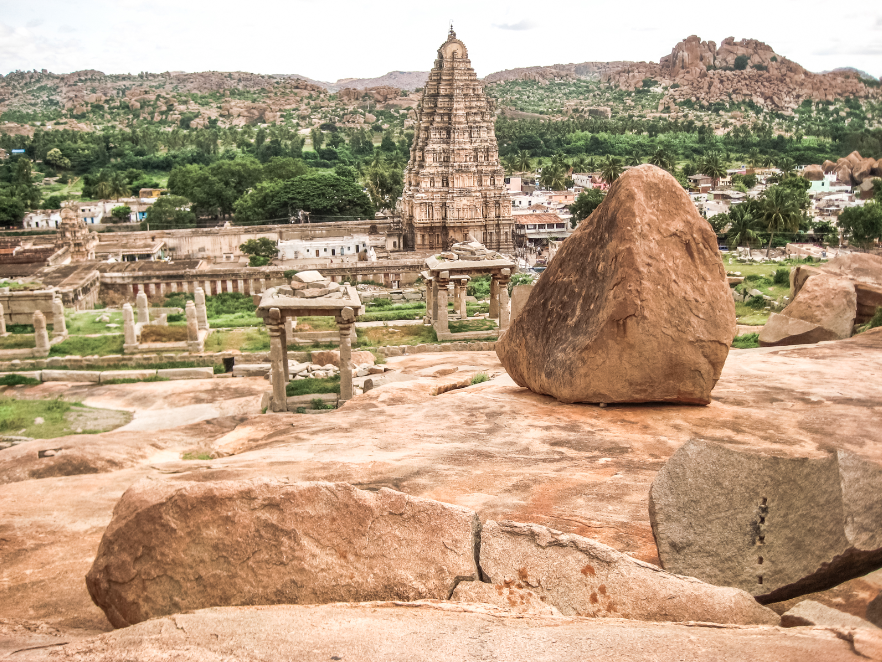 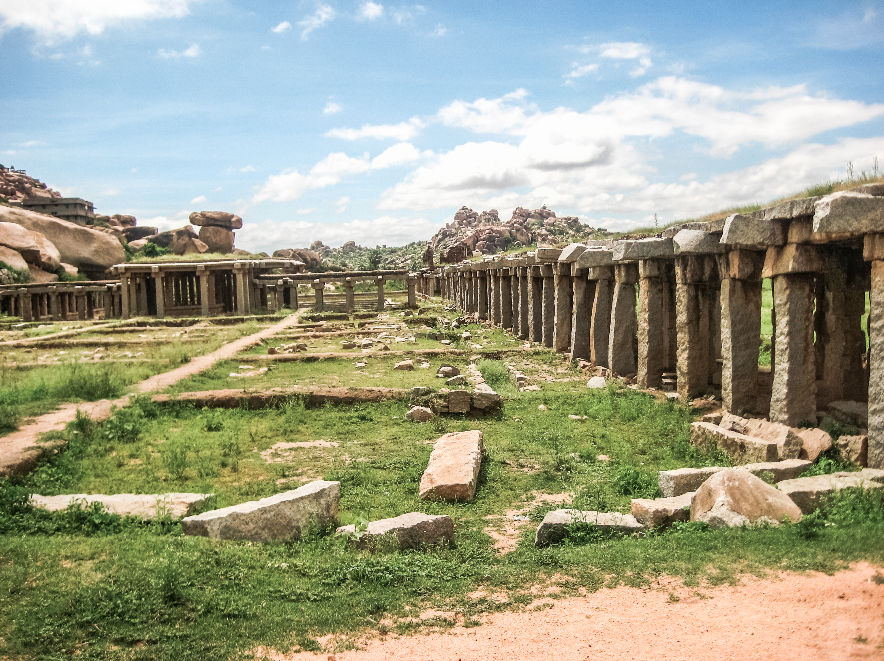 Goa :
In Goa, the Portuguese influence is everywhere. In the architecture, in the religious buildings and in the gastronomy. Goa has become in 10 years a real paradise with its fine sandy beaches, its turquoise waters and its vegetation. Panaji is the charming little capital of this region where the Portuguese settled for 450 years and you can admire cathedrals dating from the 16th century among the remains of Old Goa. Goa is also a festive region with many electronic music festivals on the beaches. There really is something for everyone! 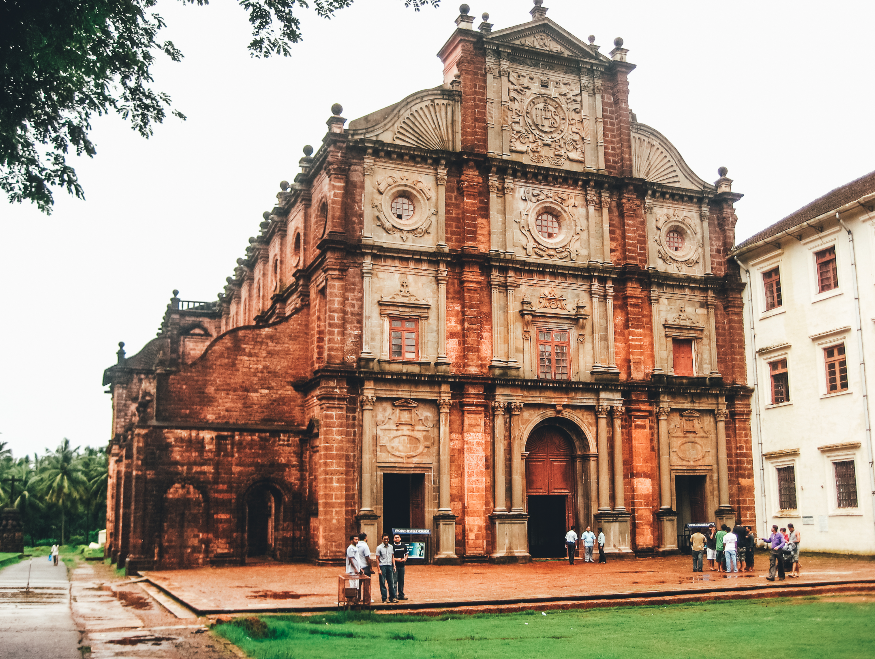 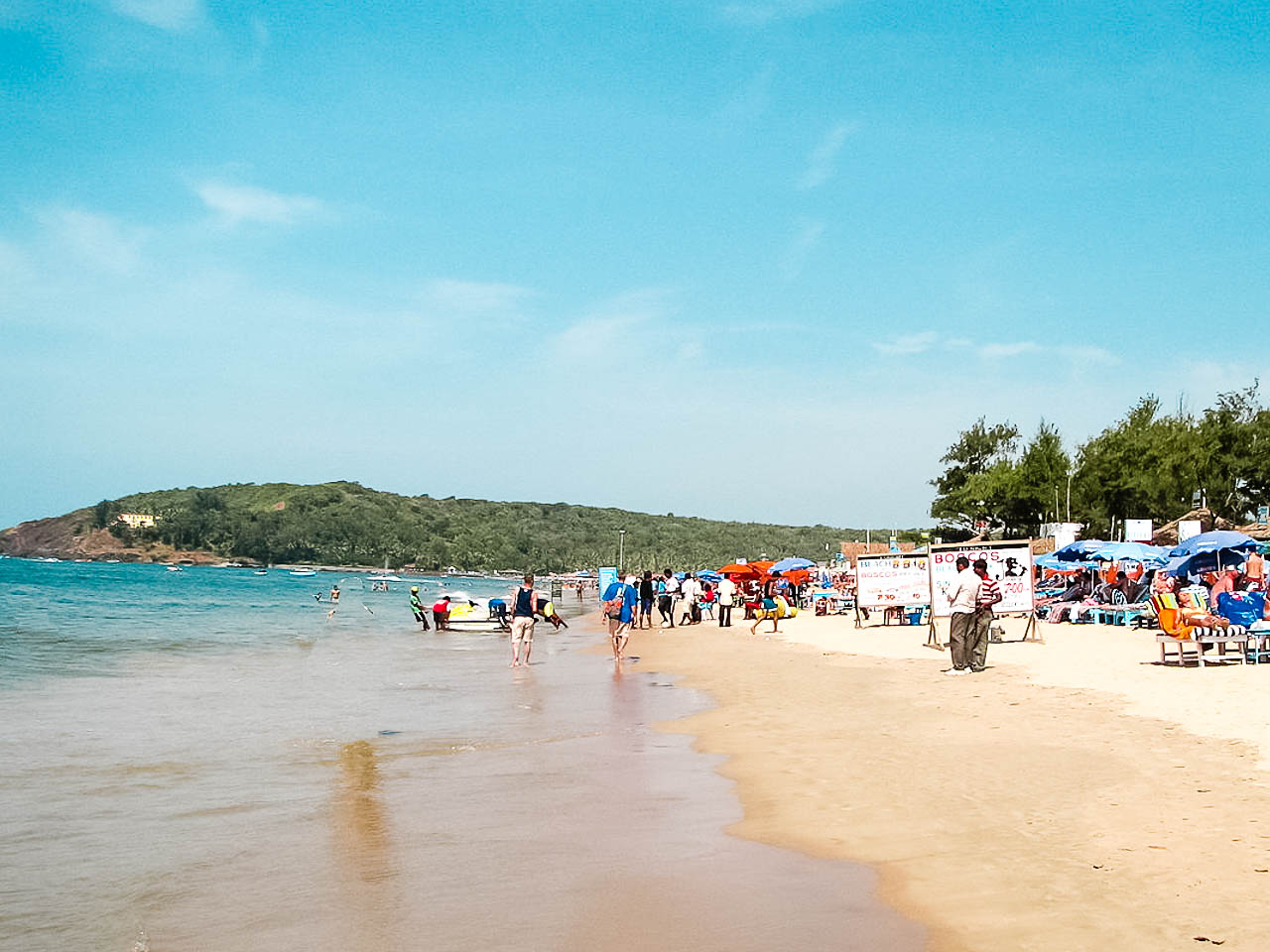 And more :
And MUCH MORE! We have clearly touched India and it would take 3 months to make a complete tour of this huge country. How many other forts and temples to visit in Rajasthan? Getting lost in the Darjeeling or Ladakh region, exploring the Andaman and Nicobar Islands. The land is vast and so mystical that one can't help but be surprised at each destination. 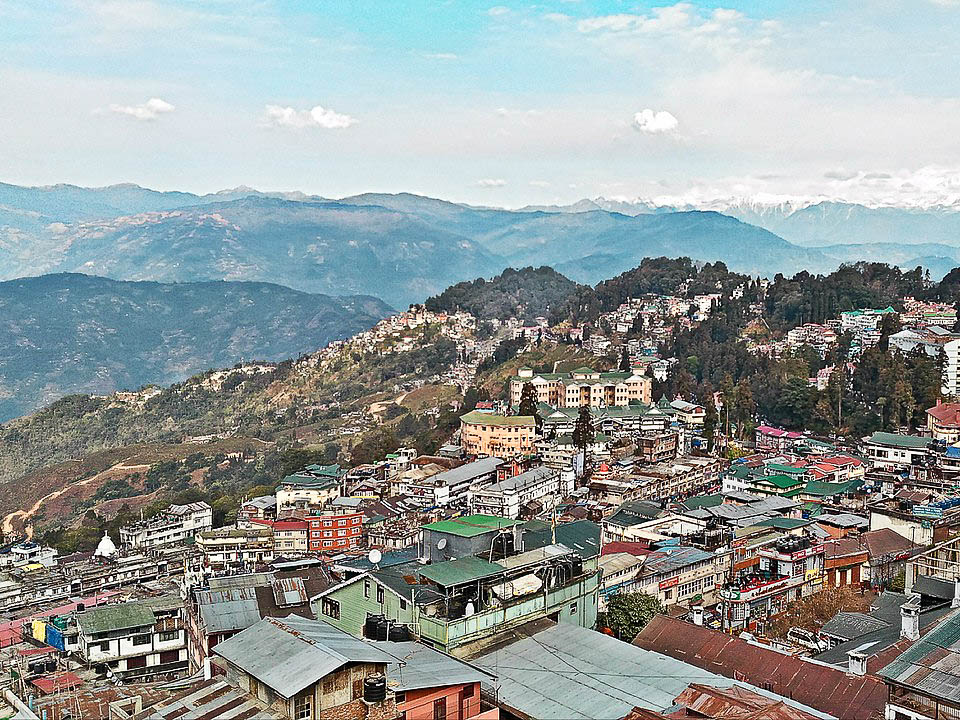 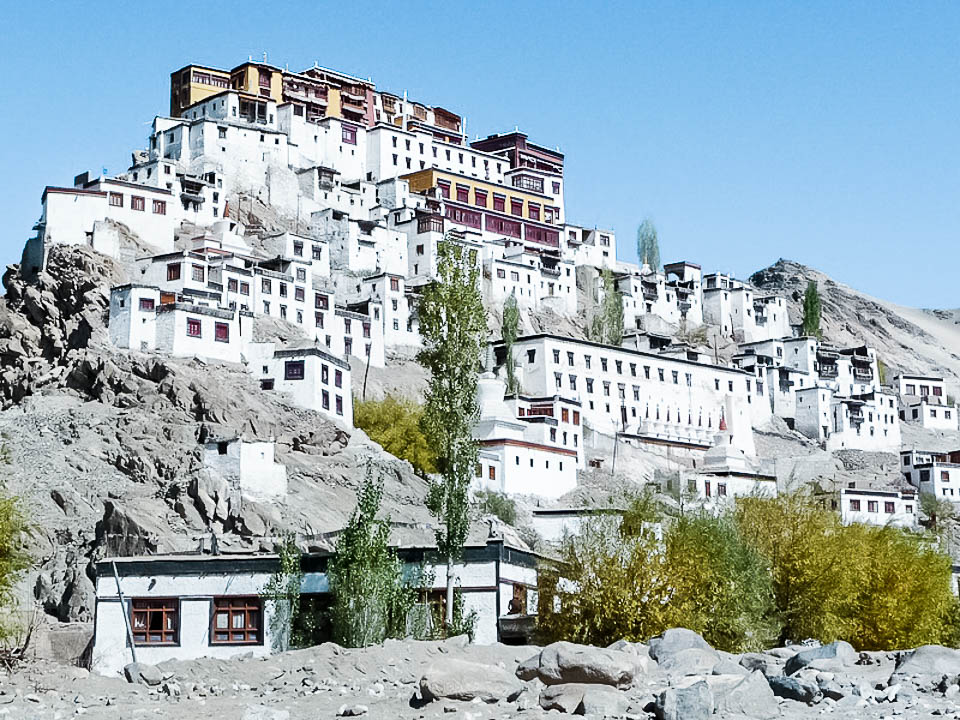 Outro:
India is a crazy thing my friends. When you arrive in India, you understand why you have travelled so far. The clash of civilizations, the colors, the flavors, the religions, the customs, the chaos and the harmony. India, whether you like it or not, is a violent slap in the face. It awakens, frustrates or delights. But most importantly, India makes you feel ALIVE. It's a world apart. This is India.